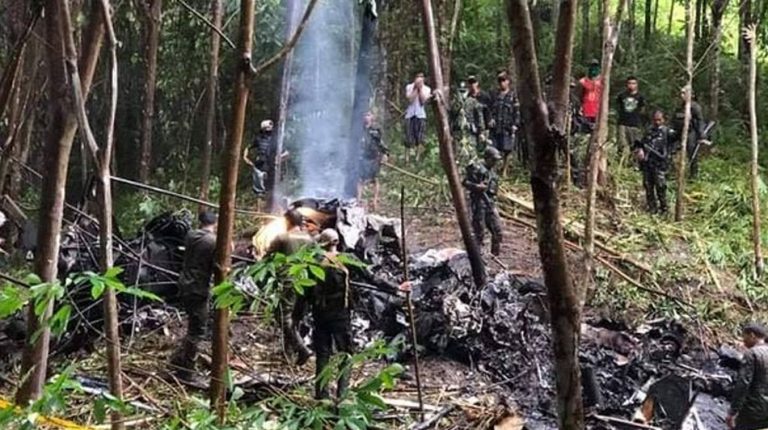 Four people were killed after a military helicopter crashed on Wednesday afternoon in Basilan, an island province in the southern Philippines, the military said.

The military has yet to issue a full statement on the crash.

Mujiv Hataman, a lawmaker from Basilan province, said the helicopter crashed around 1 p.m. local time somewhere in Upper Manggas, a remote village in the coastal Lantawan town on the island province.

Authorities said bad weather may have caused the aircraft to crash. There was a strong gust of wind followed by a heavy downpour before the incident occurred.

The bodies of the four onboard were recovered from the crash site.