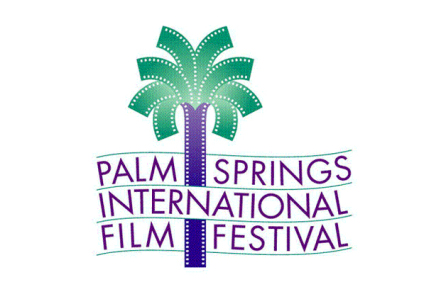 The 30th annual Palm Springs International Film Festival (PSIFF) announced that the festival’s opening night will be the screening of All is True directed by Kenneth Branagh on 4 January. The festival will close with Ladies in Black, directed by Bruce Beresford on 13 January.

The festival will screen 223 films from 78 countries, including 48 premieres (4 World, 13 North American and 31 US) from January 3-14, 2019. The line-up includes a focus on cinema from France, India, and Mexico, Premieres, Talking Pictures, Book to Screen, Special Presentations, FLOS (Foreign Language Oscar Submissions), Gay!La, Local Spotlight, Modern Masters, True Stories, World Cinema Now, a 30-film retrospective of selections from past festivals (free screenings sponsored by Desert Care Network and National Endowment for the Arts), and more.
Juried awards for films in-competition will be presented at the Awards Brunch on Saturday, 12 January for five categories, including New Voices New Visions Award for unique viewpoints from first- and second-time directors; Schlesinger Documentary Award for first- or second-time documentary filmmakers; CV Cine Award for the best Ibero-American film; and the FIPRESCI prize for films in the Foreign Language Oscar Submissions programme. This year, the festival will also have a new honour, the Ricky Jay Magic of Cinema Award, named for actor and magician Ricky Jay and in honour of a film made by a master filmmaker that exemplifies a pioneering spirit in furthering the language of storytelling and the magic of cinema. Like much of the work Ricky was associated with, the films in consideration for this award exemplify this spirit and continue to remind us of the dream that is storytelling on the silver screen.

The PSIFF is also pleased to announce that Jane Schoettle has joined the festival team this year as a Programmer. Schoettle has been an international programmer for the Toronto International Film Festival for 15 years. She has also programmed for festivals in Miami and Aspen, in addition to currently producing all talent labs for writers and directors for the TIFF, and has lectured and served on numerous festival juries in countries around the world.

OPENING, CLOSING SCREENINGS
The PSIFF will open with All is True on Friday, 4 January. Kenneth Branagh, Judi Dench, and Ian McKellen star in Branagh’s intimate, revelatory portrait of William Shakespeare in the last act of his life. His career over, he returns to his home in Stratford-upon-Avon to encounter old ghosts, old loves, and his resentful family. Branagh is expected to attend.

The festival will close with Ladies in Black on Sunday, 13 January. Set in Sydney in 1959, Oscar-nominated writer/director Bruce Beresford takes us back to the heyday of glamorous upscale department stores, when a concierge met you at the door and clerks wore gloves. The film from Lumila Films stars Julia Ormond; Angourie Rice; Rachael Taylor; Ryan Corr; Shane Jacobson, and Alison McGirr. Beresford, Ormond, Taylor and McGirr are expected to attend.

“Thirty festivals definitely feels like quite an achievement for the organisation, so the team, Lili, and myself wanted to come out of the gate swinging,” said Artistic Director Michael Lerman. “With two new sections highlighting Jewish and LGBTQ content, a new award named for the late Ricky Jay, a brand-new member of the family in programmer Jane Schoettle, and a 30-film retrospective of selections from our history, we set out to prove that after all this time, there are still so many things to celebrate.”

Egypt’s local elections must be held during 2019: former minister of local development