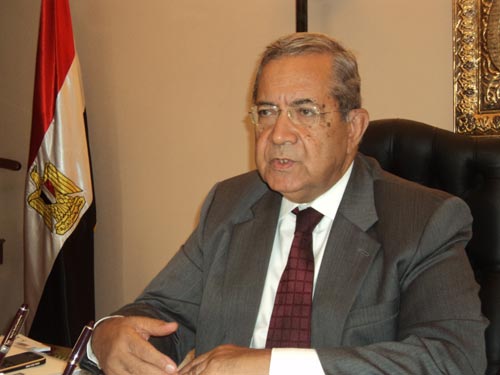 He added in an interview with Daily News Egypt that Egypt must take real action on the ground, not only organising events, to succeed in this regard.

How do you evaluate Egypt’s movements towards tightening its relations with Africa?

President Abdel Fattah Al-Sisi has taken important steps in sake of reviving Egypt’s role in the continent. His keenness to visit many African countries and boost relations with their presidents and leaders will work in favour of Egypt as a leader in Africa. It will also support Egypt’s position as the coming president of the African Union (AU).

What are the other concerned bodies in this regard?

The roles of executive bodies is as important as Al-Sisi’s. They must work hard to ensure the success of Egypt in its presidency of the AU. For instance, all joint committees between Egypt and African countries must convene regularly, and all concerned bodies should prepare suitable proposals to achieve Egypt’s strategy in Africa.

How do you see Egypt’s coming presidency of the AU?

It is a significant leap in Egypt’s continental relations, and a sign of African countries’ respect and confidence in Egypt, especially that AU had suspended Egypt’s membership in the union in the heels of 30th June uprising. I can say that Egypt’s presence has been revived strongly.

Egypt held a number of events related to Africa, do you think these efforts can boost Egypt’s position in the continent?

All these efforts are appreciated but entering the African market requires real actions. What caught my attention in the latest Africa 2018 Forum was the President Al Sisi’s announcement that Egypt will establish a new fund to protect investments in the African countries. This was an ideal action that sends a message to all Egyptian investors to enter African market without fear of any business risks. Furthermore, he instructed all concerned bodies to take serious procedures to establish the first entrepreneurship regional centre to cope with all investors’ and entrepreneurs’ concerns.

What is required for Egypt to succeed in its mission?

Egypt should open branches of its government and private banks in all African countries to introduce financial and credit facilities. Egypt also must pay more attention to establish new roads to link Egypt to its African neighbours. During 2019, Egypt have to organise not less than fifteen conferences in some of African countries, at both political and business levels, for promoting Egypt’s potentials to invest and establish integrated business.

For Egyptian embassies in African countries, what are their roles?

Regarding COMESA, how did Egypt exploit the event to tighten its African relations?

Unfortunately, we have not paid enough attention to this important agreement although it has been valid since 2000. This agreement has succeeded to double Egyptian exports to the African market over the past 18 years. We must know that one of the significant merits in dealing with African and Arabic markets is achieving trade balance surplus, thus, it is worth to be tapped.

What is your advice in this regard?

Leading Africa requires more direct Egyptian investments. It is a key step to boost the country’s presence in the neighbouring African states.

Back to the normal order: says head of AIU