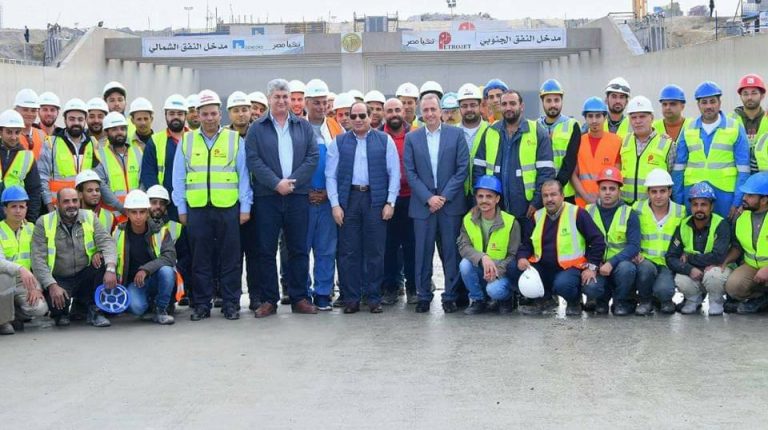 President Abdel Fattah Al-Sisi visited the project of Suez Canal tunnels in north of Ismailia governorate on Friday, in order to perceive the level of progress of the project which is being built under international standards, said Bassam Rady, the presidency’s spokesperson in a statement.

According to Rady, the president also visited the construction site of the New Administrative Capital eastern Cairo. His visit included the “Al-Fattah Al-Aleem” mosque, Jesus Christ’s Cathedral, and the governmental district.

Al-Sisi praised the construction progress of the new projects that has been achieved in a short time, by the Armed Forces Engineering Authority and other construction companies that provides job opportunities and attracts investments.

On 13 March 2015 Egypt announced the intention to launch a New Administrative Capital at the Egypt Economic Development Conference in Sharm El-Sheikh, but the project was launched in October 2017.

The NAC is built over 168,000 feddan of land. It is bordered by Badr City, with both in between the Cairo-Suez Road and the Cairo-Ain Sokhna Road, adjacent to New Cairo, Future City, and Madinaty. The announced cost of the NAC is $45bn and is expected to host 5 million people by 2050.