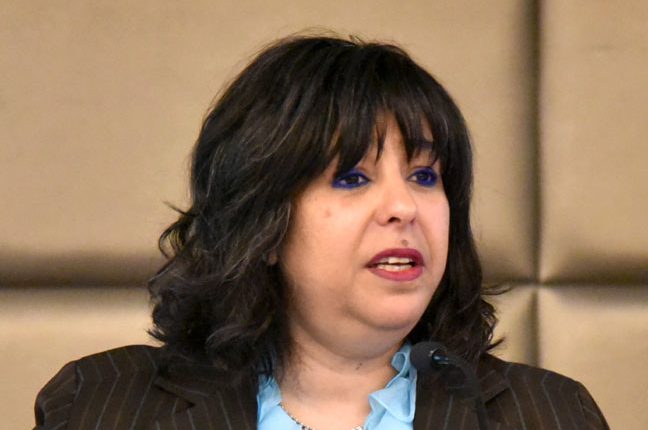 The Central Bank of Egypt (CBE) plans to apply an obligatory entrepreneurship certification for bankers, Nermine El-Tahri, assistant sub-governor of the CBE, said on Wednesday.

“We are discussing the application of entrepreneurship certification with the International Labour Organization (ILO), Frankfurt School of Finance and Management, and the Egyptian Banking Institute (EBI),” she added.

It comes during El-Tahri’s participation at a conference held by the Egyptian Centre for Economic Studies’ (ECES), titled “Entrepreneurship in Egypt: From Local Individual Success to Becoming an African Hub”.

“The entrepreneurial ecosystem is not just about finance, as bankers should also be aware of technical information and have an entrepreneurship culture,” she added.

El-Tahri indicated that the CBE is currently preparing another certification for business development services (BDS). She added, “13 banks have already participated in the initiative. Starting from 2019, there will be points awarded for BDS hubs, which will provide non-financial advice and help in developing business plans.”

“Egypt is doing well in developing the entrepreneurship sector, noting that there are many parallel efforts exerted by several entities, but they lack proper coordination,” remarked El-Tahri.

“We are not starting from scratch, we already have a good base,” El-Tahri noted. She added that Egyptian banks have injected more than EGP 110bn in investments to support small and medium-sized enterprises (SMEs) out of total EGP 200bn allocated for financing SMEs, over a four-year period ending in January 2020.

It is obligatory for banks to allocate 20% of their loan portfolios to SMEs, in accordance with the CBE’s initiative launched in 2016.

Many banks are willing to increase their SMEs’ funds, El-Tahri asserted. However, other banks need more incentives to take part in the initiative, so the CBE launched the Credit Guarantee Corporation (CGC) to support SMEs, particularly those with inadequate or no collateral to obtain financing from financial institutions.

The CBE’s role is to encourage banks to increase their financing for SMEs, and the CBE has collaborated with the Nile University to launch the Nile Pioneers initiative to support entrepreneurship, El-Tahri affirmed.

This initiative created awareness campaigns for youth to encourage start-ups in seven governorates, and  the bank will support 11 projects in industry, agriculture, and digitalisation after the initiative, El-Tahri said.

The co-founder and managing director of Qalaa Holdings, Hisham El-Khazindar, said that the Egyptian market is very large, asserting the importance of communicating with African countries in the field of entrepreneurship.

Dean of Business School at the American University in Cairo, Sherif Kamel, agreed with El-Khazindar that the Egyptian market enjoys many success elements that can help boost the entrepreneurship sector.

The proportion of young people in the Egyptian population is significantly larger compared to other age brackets, and they can use technology and present good ideas which make a difference in the society, Kamel said.

“Human capital is the petroleum of the 21st century, and Africa is the content of this age, having plenty of opportunities as well as challenges, but I believe that more challenges mean more opportunities,” Kamel added.

“I was honoured to be part of the African Women Entrepreneurship Cooperative programme that aims to train 200 African women in the entrepreneurship field,” Kamel said.

Opinion: Why the Saudi business conference should be left to wither in the sun

Frankfurt Book Fair: Spotlight on Georgia, a country of contrasts