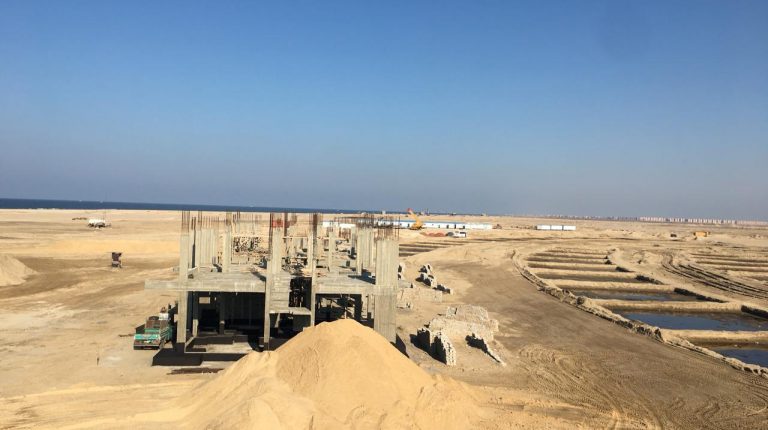 The New Mansoura City will include a tourist 2 km-long marina, is being executed by the Egyptian navy, and began the sea prospecting operations, according to Yasser Kahla, assistant to Head of New Mansoura City Authority.

The New Mansoura city will be 54 km away from the old Mansoura city, which is the capital of Dakahlia governorate.

Kahla told Daily News Egypt that the Marina is expected to be opened within two or three years, with a capacity of 1000 yachts for tourist purposes and to serve the city residents.

The implementation costs of the first phase in the New Mansoura City were approximately EGP 45bn, which will be completed within 3 years, and include the development of utilities and tourist walkways on the sea 15 km in length, revealed Kahla.

Additionally, he added that the city is located on an area of over 7000 feddan, and is being developed in four phases, the first of which is located on 2,063 feddan.

The city’s second phase is located on an area of ​​2,000 feddans, he pointed out. The Arab Contractors Company is carrying out its utilities’ works, in addition to constructing the tourist walkway as well as six residential skyscrapers with a total operation volume of about EGP 10bn. Orascom Construction is also executing 625 villas, and three residential skyscrapers inside the project.

The first phase includes the establishment of 1,200 villas in different designs, and the project depends on modern technological systems in units and within the entire city, he explained.

Furthermore, he indicated that 25,000 housing units are being developed for different segments of society, ranging from social housing, distinctive housing, middle-income and luxury housing, which brings diversity to the city in order to include different residential segments.

“Utilities and services operations and projects in the city have been implemented with a value of about EGP 5bn so far, which include about 11,000 housing units in the Janna project and 4,500 units of the Sakan Misr project, with 80% of it developed, and 11 residential towers,” Kahla explained. “The cost of implementation of a residential tower in the city is EGP 1.5bn,” concluded Kahla.