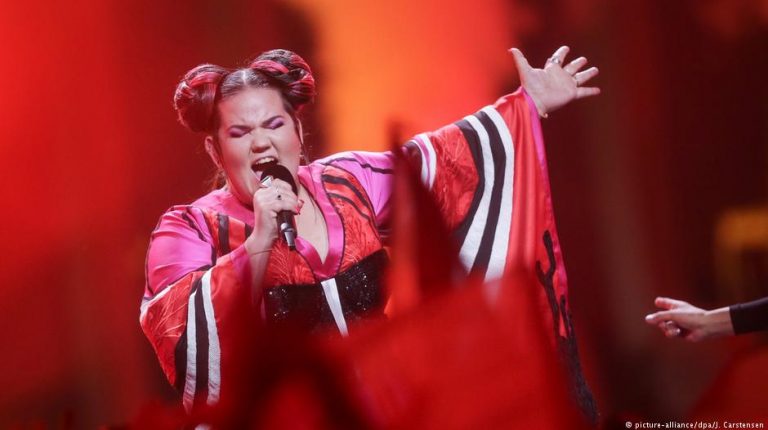 Despite calls for boycotts, Israel’s cultural center has been chosen to host next year’s song contest. Tel Aviv was picked over the contested city of Jerusalem, which both Israelis and Palestinians claim as a capital.The European Broadcasting Union (EBU) has announced that Tel Aviv will host next year’s Eurovision Song Contest.

The Israeli government had originally aimed to hold the world’s largest live music event in Jerusalem. However, after backlash over the US recognition of Jerusalem as its capital and a subsequent fear of boycotts, that plan was dropped.

Eurovision said it had selected Tel Aviv, Israel’s cultural and commercial epicenter, over Jerusalem and the southern city of Eilat due to its “creative and compelling bid.”

“Eurovision is a perfect fit for our city, which has been internationally acclaimed for its vibrant energy, creative spirit, its lively cultural scene and its celebration of freedom,” Tel Aviv Mayor Ron Huldai said Thursday. “We are looking forward to host a joyful and nonstop event in the spirit of Tel Aviv.”

Israel won this year’s Eurovision contest in Lisbon with a punchy pop tune entitled “Toy” by charismatic singer Netta Barzilai. Her victory claimed for Israel the right to host next year’s contest.

Different sides of the fence

In Europe, capital cities usually host the event. However, the city Israel calls its capital is not recognized as such by most of the international community. Hosting the song competition in Jerusalem could have presented a snag for the public broadcasters that compose the EBU, prompting criticism that they would be taking sides in the Israeli-Palestinian conflict.

The BDS group, which stands for Boycotts, Divestment and Sanctions, has demanded that Eurovision be boycotted altogether if it is held in Israel, in opposition to the Israeli government policies concerning Palestinians.