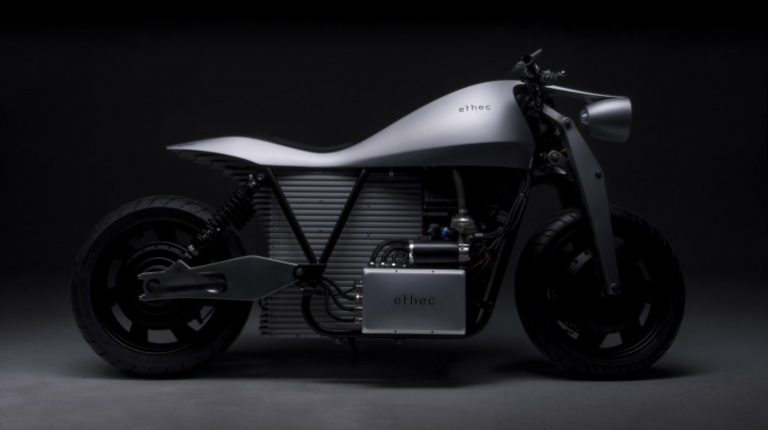 A group of 14 engineering students from the University of Zurich in Switzerland managed to produce a one-off motorcycle with an electric range of 400 km through a massive lithium-ion 15 kWh battery.

According to RideApart, the motorcycle, named Ethec, comes with a futuristic, minimalist design and elaborate technology, sustaining more classical motorcycle elements, including a lightweight tube frame, a proper swing arm, and a trapezoidal fork at the front.

The group explained that front-wheel braking dissipated 75% of energy, so it addressed this reality by adding a front-wheel hub motor that recuperates the energy.

The bike is also equipped with a seven-inch touch screen with a navigation system and a start button.

Neither the team nor the university announced future projects for Ethec, but it will definitely be seen on the production lines of major companies. If this does not happen, Ethec will be the prototype of one of the most successful e-bikes.

The eyes of the world are now turning to green energy and e-cars to maintain the environment and reduce carbon emissions. Several countries have imposed laws that oblige their nationals to trade fuel cars with electric cars in a short period.

Motorbike companies are aiming to keep pace with the new era by producing electric bikes. Yet, they face the problem of short-range batteries, which is a huge disadvantage for users.

The range is dependent on a battery large enough to store more power, which means a larger bike. However, the student team found a solution to that problem.

Classic motorcade from Sixth of October to Fifth Settlement

Controversy about readiness of local market for manufacturing electric cars

Five ways to improve air quality in our cities