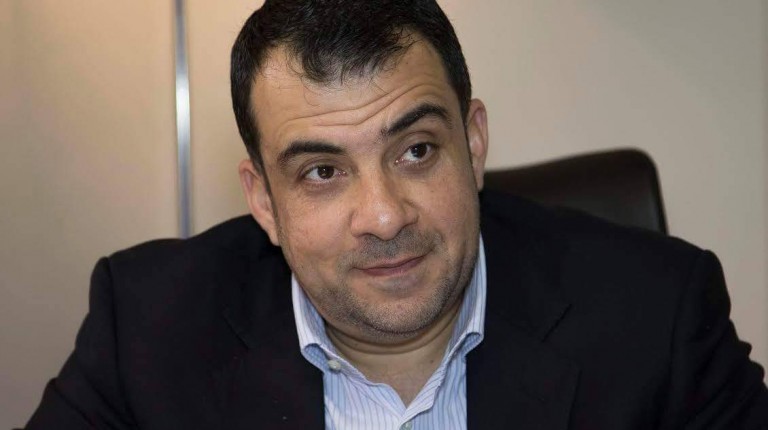 Mentor Graphics, a subsidiary of Siemens, intends to continue its expansion strategy in the Egyptian market after being acquired by the German conglomerate. Walden C. “Wally” Rhines, CEO and president of Mentor Graphics, told Daily News Egypt in an interview that the company signed a memorandum of understanding with the Ministry of Communications to establish a centre for the design of electronic circuits and software in Egypt.

What is the purpose of the president and CEO of Mentor Graphics’ visit to Egypt?

Mentor Graphics started working in Egypt in 1995. The research and development (R&D) centre in Egypt is one of the largest R&D centres outside the United States for the company. Due to the importance of the Egyptian market for the global company, we are keen to visit Egypt regularly. This is the first visit after Siemens acquired Mentor Graphics.

During the visit, I met with Mentor’s staff in Egypt and Communications Minister Yaser El-Kady.

Is this your first visit to Egypt?

What did you discuss during your visit to Cairo?

During El-Kady’s visit to the headquarters of Mentor Graphics in March 2017, we talked, along with senior company officials, about ways to enhance the success of the company in Egypt, and discussed the idea of creating a Mentor Graphics centre of excellence for automotive electronics in Egypt.

My visit to Egypt comes to emphasise the implementation progress of the centre of excellence, which will be in the technological parks that the Egyptian state is focusing on now, which would also support the initiative of new technology pioneers announced two years ago by President Abdel Fattah Al-Sisi.

Have you signed a number of protocols of cooperation with the Ministry of Communications, Ministry of Higher Education, or Egyptian universities?

In the past, we signed a protocol of cooperation with the Minister of Higher Education where Mentor Graphics donated software solutions to 10 universities in Egypt. The value of each software package was estimated to be about $2m. We have donated a laboratory for intellectual property measures to Ain Shams University, and also donated a simulation hardware verification tool to Cairo University, Ain Shams University, and the American University in Cairo. We do not currently have any protocols signed, but we agreed, in principle, and drafted a memorandum of understanding with the Ministry of Communications and Information Technology on the centre of excellence for automotive electronics.

After Siemens acquired Mentor Graphics, what is the company’s vision for the Middle East market in general and the Egyptian market in particular?

Siemens acquired Mentor Graphics to support its innovative products, technology, and employees. Mentor Graphics Egypt is one of the largest R&D centres outside the United States, as Mentor Egypt has very talented engineers.

The centre has unique expertise in various fields of technology such as physical verification, functional verification, analogue or hybrid signal design, virtual primary models, and basic automotive software. The centre plays an important role in the development of the company’s technology. Employees have published over 420 papers in global magazines and journals. They also have 26 patents from the United States. With this technical capability, the centre will not be researching and developing with Mentor only, but also with Siemens.

We have invested tens of millions of dollars in Egypt over the past 20 years to employ the top 5% talented university graduates. This made our centre in Egypt one of the most attractive institutions for employees in the country. Our company has also played a major role in cooperation with universities at the higher education level. In the future, Siemens technology will also be provided. This will all support our strategy in the Middle East and North Africa. Siemens will also continue to focus on contributing to the already existing educational technology environment.

The acquisition deal was valued at $4.5bn. How will the company be managed in the future, given its large number of employees? Will some be fired?

At the time of the acquisition, Siemens announced that it intends to invest in Mentor Graphics and increase its growth and technology development. We expect increased R&D spending as well as total employment. As previously announced, Siemens believes that increased investment in Mentor Graphics will add revenue of €100m annually after the fifth year since the acquisition, along with the growth that Mentor can realise on its own. This is similar the Softbank Group’s acquisition of ARM Holdings in several aspects, including investing in an acquired company to boost its growth, instead of attempting to cut down costs.

Will the trademark of Mentor Graphics be retained or will it be merged with Siemens?

Siemens will retain the names of products and identities known to clients of Mentor. The company will come to be known as Mentor, a Siemens subsidiary.

What is the Egyptian market for Mentor Graphics?

The Egyptian market continues to be the leading market in the region. And we have contributed, throughout our history, to the development of the electronics design ecosystem in collaboration with universities, governments, small and medium enterprises, and other multinational companies. We are pleased that we came to Egypt 23 years ago and we plan to capitalise on our success here. Egypt is also an important major market for Siemens.

Do you think there is any contradiction between the German Siemens’ technologies and the American Mentor Graphics’ technology?

Mentor and Siemens have a very consistent business and staff culture. We serve many customers and subscribers. Siemens PLM Software, of Siemens’ Digital Factory Division, is a software trading company that focuses on formulating ideas, designing, developing, manufacturing, and supporting products that are the same as Mentor’s. With regard to the cultures of the two companies, both have a strong commitment to the companies’ rules, to serve our customers and provide an environment conducive to innovation.

What is the added value of the acquisition of Mentor Graphics at the moment?

Siemens has the capabilities that enable Mentor’s vision to be a reality. Mentor Graphics has long believed that the application of computer systems to virtual design and verification of integrated circuits and printed circuit boards is only the first step in the automation of electronic design. At the end of these stages, complete systems such as cars, aircraft, and trains will be designed by default, using digital twin modules on computers.

Will the company’s policies towards the Egyptian market change by closing, maintaining, or opening new branches?

Siemens plans to continue the successful Mentor strategy in Egypt. They appreciate Mentor’s talent and the innovative results achieved.

Siemens is one of the global companies that have partnerships with the Egyptian government in many areas, including technology and energy. How will this process be invested in the future?

Communications minister kicks off The Future of Data Centres conference

Not enough capital in Egypt for start-ups: Flat6Labs Cairo CEO