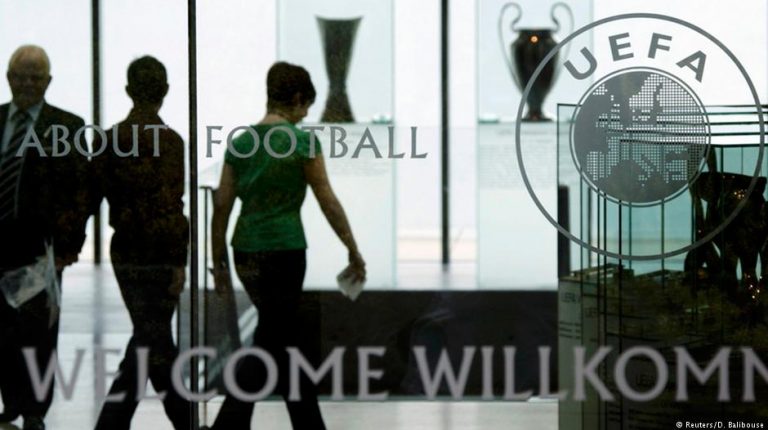 As if you didn’t have enough football to follow already, the European governing body has come up with something new. Here’s all you need to know ahead of the draw for the UEFA Nations League.According to UEFA, the Nations League, which is to kick off during the international break in September 2018, is meant to rejuvenate international football in Europe by giving national teams more meaningful matches, while at the same time reducing the number of friendlies. However, it’s a bit complicated, so here we answer some the questions that are bound to be raised by the advent of this new compeition:

In a word, everybody. All 55 UEFA member nations are to enter the Nations League, which is to be held for the first time in the 2018-19 season. The teams are to be divided into four leagues, which in turn are to be split up into four groups of either three or four.

The order for the inaugural “League Phase” stems from UEFA’s national coefficient rankings as of October 11, 2017. League A includes the top-ranked European nations, while League D is made up of the lowest rank teams; it’s a setup like a domestic league that has four divisions, and there will be relegation and promotion.

How will the winner be determined?

The winner can only come from League A. The winner is to be determined by a mini-tournament played in June, with semifinals, a game for third place and a final. In the lower leagues, the group winners are to be promoted, while the bottom teams are to be relegated.

How does the Nations League impact on qualifying for the European championship?

Twenty of the 24 teams to take part in Euro 2020 are to punch their tickets for the tournament by finishing first or second in the 10 qualifying groups. Qualifying matches are to be held after the League Phase of the Nations League is completed.

The final four teams are to qualify through playoffs involving the winners of the four Nations League leagues – which are to be held after the regular qualifying matches have been completed. Should any of the league winners have already qualified through qualifying, they are to be replaced in the playoffs by the next-best ranked team in their league.

When will Nations League matches be played?

The six League Phase matchdays are to take played between September and November, with the teams in groups of three paying on just four of the matchdays. The finals are to be held in June 2019 and the EURO 2020 playoffs in March 2020.

Will this mean jamming even more matches into an already packed football calendar?

No. UEFA says the Nations League will be played out during the existing international windows and reduce the number of friendlies.

Isn’t this just another cash grab on the part of UEFA?

No again, according to UEFA, which states on its website that “finances are not a driver for the new competition”. In the next sentence though, it states that “the competition will have the same centralized media rights as have recently been introduced for all European Qualifiers so associations will have even more stability in their income”.

How will Wednesday’s draw work?

The four top-ranked teams, Germany, Portugal, Belgium and Spain, are in Pot 1 for Wednesday’s League A draw, which is to be held in Lausanne, Switzerland, France England, Switzerland and Italy are in Pot 2, while Pot 3 is made up of Poland, Iceland, Croatia and the Netherlands. This means Germany could wind up in a group with two of their biggest traditional rivals, England or Italy, as well as the Netherlands. The draws for the groups in the other three leagues will follow a similiar format.