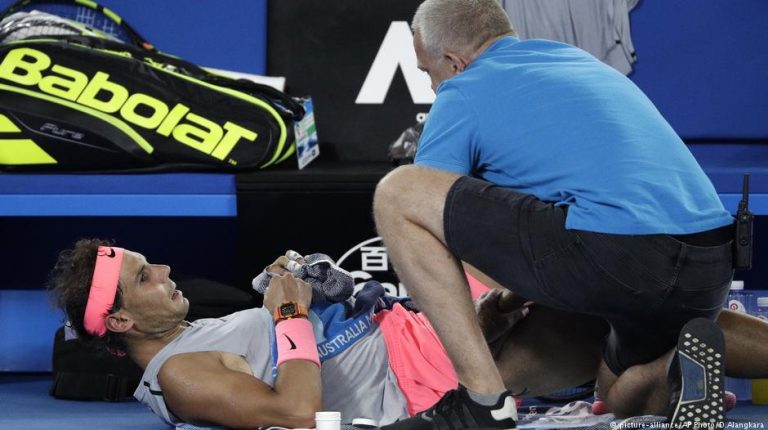 An injury has forced Rafael Nadal to retire from his Australian Open quarterfinal against Marin Cilic. Underdogs Kyle Edmund and Elise Mertens have also secured passage to the semifinals against big-hitters.Rafael Nadal was forced to withdraw due to a leg injury sustained during his quarterfinal match against Marin Cilic on Tuesday. This is only the second time the Spaniard has retired hurt in a Grand Slam match.

Nadal’s withdrawal brought a premature end to an entertaining clash, with both players trading set wins 6-3, 3-6, 7-6, 6-2. With the Croatian up 2-0 in the fifth deciding set, Nadal called time.

Cilic, the world No. 6, will now face Kyle Edmund, ranked 49th, in the semifinals.

The 23-year-old is just the sixth British man to progress to the semifinals of a Grand Slam since tennis turned professional in 1968.

This followed a number of previous shocks in the men’s draw this year, with fellow underdogs South Korean Hyeon Chung and American Tennys Sandgren having defeated Novak Djokovic and Dominic Thiem in the last 16.

It was the 22-year-old’s first victory over a top-five player and she heads into the final four on the back of a 10-match winning streak. Mertens will come up against either second seed Carolina Wozniacki or Spaniard Carla Suarez Navarro.