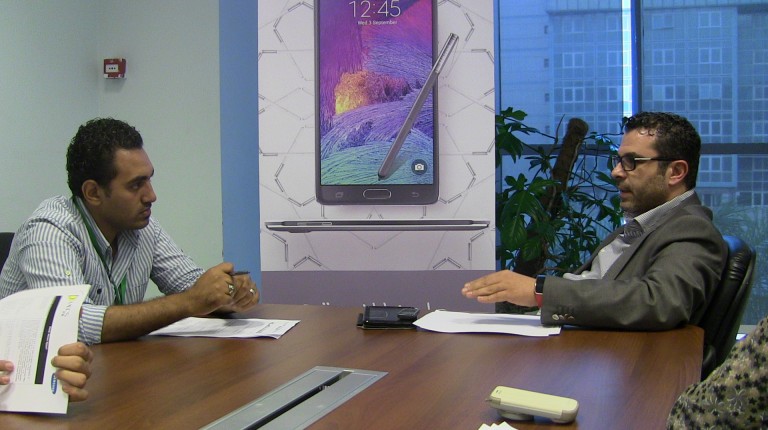 Tabarak Developments for real estate is considering competing for new land plots, especially in 6th of October city, as it seeks to increase the size of its land bank, according to chairperson Ali El-Shorbany.

In an interview with Daily News Egypt, El-Shorbany said that in the first quarter of 2018, the company plans to open a new phase in 90 Avenue and Fantasia Resort Ras Sudr. The company would also launch new projects on the Cairo-Alexandria desert road in June 2018.

We launched a new phase of the first phase of the 90 Avenue project, which in turn was very successful in sales for its unique services and unique construction methods used for the first time in Egypt. The company worked in collaboration with Wimberly Allison Tong and Goo (WATG), an American architectural design company, for architectural design and location, collaborating at the same time with international Cracknell for landscape design.

Additionally, a group of international engineering consultancy offices cooperated with Tabarak Developments’ engineering department to produce a new vision that has not been introduced in Egypt before to give our customers the life they dream of in its finest details.

We offer “90 Avenue”, which is divided into three districts, each district is different from the other, and established on an area of 200,000sqm. The construction of the first phase has been completed and the finishing works are now underway. furthermore, the company is currently preparing for an integrated marketing campaign that will be launched in the first quarter of 2018.

In addition, there is the Capital East Residence project, which was launched by the company in February with investments estimated at EGP 900m.
The company has also provided six different and unique payment methods, which has greatly contributed to increasing the demand for the project where customers were offered their choices in the easiest way possible. The project provides units completely finished ranging from 84sqm to 150sqm, and includes walkways, a commercial mall, children’s play area, and entertainment centres.

As for “Fantasia Ras Sudr”, the landscape and the first phase have been completed. A new reception building has been built and the hotel is undergoing renovations. The company has begun construction in the new phase of the project which is expected to be completed in the coming year besides starting the third phase. The actual cost of the project to date is EGP 750m.

Regarding projects carried out by the company outside Egypt, we have a “Riyadh Heights” project, a residential compound in Saudi Arabia, through which we aim to transfer the idea of Egyptian architecture abroad. We are currently studying a marketing plan for marketing their project in the Gulf region as well.

What is the company’s expansion plan? What projects will be implemented by the company in the coming period?

We are currently working on supporting the shares of Tabarak Developments Group’s subsidiaries but will not be offered in the current period in the Egyptian Exchange (EGX). However, the offer will be in accordance with the situation of the EGX in the coming period. However, Tabarak’s portfolio is now under development in the next quarter.

The step of making an initial public offering (IPO) on the EGX is an inevitable plan now, especially with the size of the company’s transactions inside and outside Egypt. EGX is a forum for finance and investment as it is an opportunity for commercial exchange. Therefore, it is an open field for people who prefer to savings to work and invest their money. Under the IPO, we would sell company shares in exchange for cash. This financial return is not considered as interest as in the case of borrowing from banks.

The company is also considering competing for new land plots, especially in 6th of October city, as it seeks to increase the size of its land bank.

In the first quarter of 2018, we plan to open a new phase in 90 Avenue and Fantasia-Ras Sudr and in June 2018, we will launch a new project on the Cairo-Alexandria desert road.

The company has achieved sales in the first quarter of 2017 estimated at EGP 180m, an increase of EGP70m compared to the same period in 2016. Furthermore, the company succeeded in paying EGP 130m to the New Urban Communities Authority, which strengthens the financial position of the company in the market where thus, 70% of the land value was paid. Moreover, the company has pumped EGP 700m for investments in 2017.

Approximately EGP1.150bn will be pumped into the projects. For 90 Avenue, EGP 800m will be injected to complete construction of the second phase, the facilities and landscape of the first phase, in addition to EGP 200m for Capital East Residence project and EGP150m for Fantasia Resort Ras Sudr.

What is the size of construction contracts implemented by the company?

A new group of contracting, finishing, and land scape companies are being contracted with a value of more than EGP 200m for the 90 Avenue and Capital East projects. It is healthy to diversify and create a competitive spirit to achieve the highest quality in the production provided to our customers.

How did the floatation of the Egyptian pound affect the activities of the company? And how did it affect property exports?

The decision to liberalise the exchange rate of the pound against the dollar was necessary in order to implement the economic reform programme; but this decision had positive and negative effects on the real estate sector in particular. In terms of positive effects, the decision has led to good financial surpluses for Egyptians who have dollar savings. In addition, property value depreciated by up to 40% for other currencies, where the property’s value by the pound has increased almost to the double. All of these factors prompted many people to pump their financial surpluses in the real estate market for two reasons. First, they believe that investing in real estate is the best and the save haven. The second reason is that ending fluctuation of the dollar prices – as the official price now approximates the parallel market price – made the hoarding of dollar savings useless.

In terms of negative impacts, the floatation has led to an increase in the construction cost of the projects to a large extent due to the increase in construction material prices by 20% to 80%, away from the cost of the land price. This led some companies to increasing the prices of their units by 20% starting last year.

I think land prices were not affected by the floatation decision. However, land prices are expected to increase by up to 25% in the coming period. Developers have been forced to reduce their profit margins so that real estate prices do not jump to fancy values. The challenge of real estate developers is to have lands provided with utilities at an affordable price, in addition to administrative issues.

The company’s land bank is about 7m sqm, along with 2.2m sqm in the North Coast. The company has recently signed land contracts in the North Coast for the implementation of a real estate project on an area of 450 feddans. It is planned to build chalets with spaces suitable for all tastes and will be 80% of the size of the project.

Does the company intend to acquire land in the New Administrative Capital?
Five offers are currently being studied to establish projects there.

How do you see the performance of the real estate market in 2017?

Egyptian developers and investors are strong enough to provide the best and finest projects and compete globally. But the real estate market needs cooperation and partnership between real estate companies and the state in many aspects, including the establishment of a state authority affiliated with the presidency to regulate the real estate market. This, in addition to amending the laws regulating real estate investment. Moreover, the government has to lift its hands off lands so as not to act as a contractor and only focus on its role as a supervisor over the land offering process.

What are your expectations for property prices in 2018?

According to the current situation and the increase in construction cost, I think the percentage of the increase would ranging from 10% to 25%.

70 Saudi investors to visit Cairo next week for investment opportunities