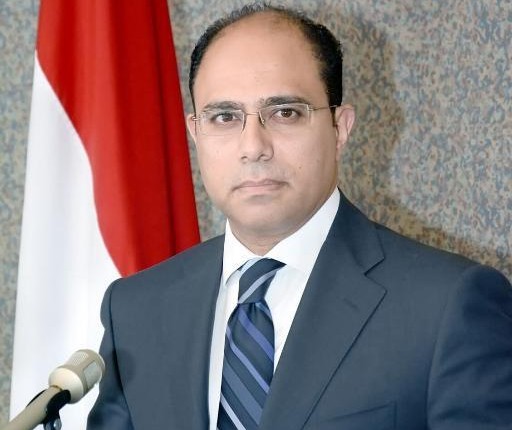 Egypt’s Foreign Ministry said that it is evaluating the whole situation to take the most suitable decision, following Sudan’s summoning of its ambassador to Egypt last Thursday. The spokesperson of the Foreign Ministry, Ahmed Abu Zeid, said that Egypt was informed of the situation.

On Thursday, the official Sudanese news agency announced that the Foreign Ministry summoned Ambassador Abdel Mahmoud Abdel Halim, without mentioning a reason. The decision came four days after Egypt asserted that it is not occupying the Halayeb and Shalateen triangle.

In April 2017, the Sudanese government sent the coordinates of the baselines from which its maritime areas are measured, including the Halayeb and Shalateen triangle, to the UN Security Council.

Egypt asserted that the Sudanese base points are “false” and “invalid”, and that they will have no legal impact because “it violates Egyptian sovereignty and its regional unity”, the statement read.

Halayeb and Shalateen is a triangle of around 20,000 square kilometres located at the Egyptian-Sudanese Red Sea border. Conflict over the area began in 1958, following the demarcation of borders between the two countries shortly after Sudan gained its independence.

Relations between Egypt and Sudan have suffered since July 2013, when former President Mohamed Morsi was ousted from power. In the past couple of years, multiple issues have caused tensions between the two countries, such as differences over the Halayeb and Shalateen triangle, and Sudan’s support of the Grand Ethiopian Renaissance Dam, as well as the ban on Egyptian agricultural products.

On 25 December, Turkish President Recep Tayyip Erdogan announced from the Sudanese capital city Khartoum that the Sudanese government has allocated Swaken Island for Turkey to administrate and redevelop the island, which is located on the Red Sea in eastern Sudan, for an undefined period.

Erdogan’s visit to Sudan sparked controversy and debates in Egyptian and Gulf media outlets, accusing Turkey and Sudan of trying to harm Egyptian interests, and of forming a new alliance between Turkey, Qatar, Iran, and Sudan. These allegations were denied by the Sudanese foreign minister, who said in a press conference that his country does not intend to join any regional alliances.

Op-ed review: Messages of unity between Muslims and Christians and praise of the regime

An inadequate order of alliances