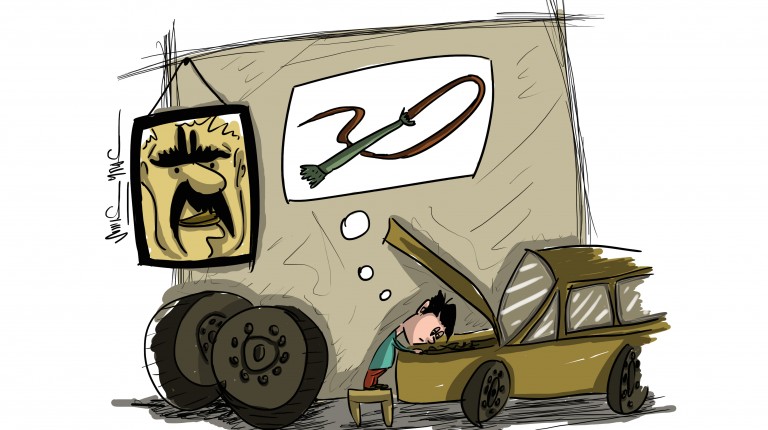 When Raphaelle Ayach was living in Madrid, Spain, she studied Arabic and made several friendships with Arab citizens there to discover that they have misconceptions of Europeans that are as wrong as the image of terrorist Arabs that foreigners portray about people from the Middle East. A few years later, when she moved to Egypt, she decided to establish a platform for children that connects them to the world and different cultures through letting them know about the diversified backgrounds of each culture.

The programme, called “Safarni” (Take Me Around the World), won second place at the United Nations Alliance of Civilisations (UNAOC) and BMW Group for the Intercultural Innovation Award. Safarni targets children aged between eight and 12.

Safarni simulates real travel experiences for places that migrant communities participated in portraying and designing. Through the experience of travelling to different countries through the simulated adventures, the programme aims to raise children’s awareness of different cultures.

“Through my friendship with Arabs in Spain, I discovered the discrimination people from the Middle East suffer from in Europe; at the same time, they [Arabs] had a misconception of Europeans. So I felt that both sides have fixed stereotypes without even knowing each other,” Ayach said in an interview with UN News after winning her award.

The programme lasts for four months, where it simulates a real travelling experience through “Safarni passports” and “Safarni air tickets”.

In each country the simulation programme takes participating children, real citizens from that country introduce everything about its culture, including food, heritage, famous dances and songs, and main artists.

“We bring the countries to children in a simulating way instead of taking them to it. We want them to embrace differences and accept them,” she added.

The programme also raises children’s awareness of the diversities of Egyptian society as well, letting them know about the differences between the urban and rural areas.