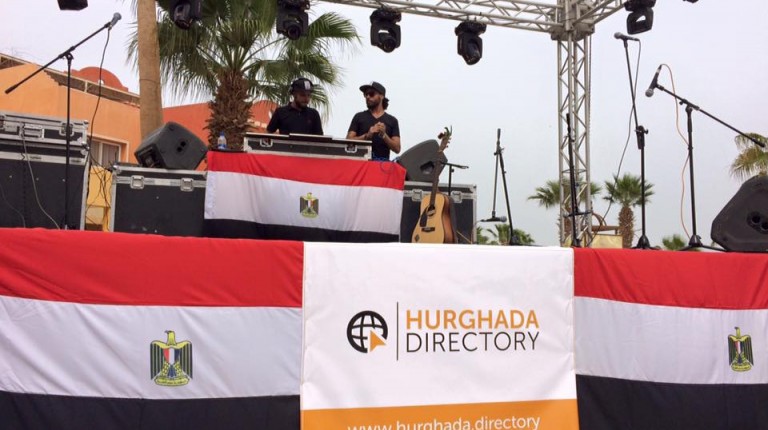 With a clear picture in his mind and different colour palettes held between his fingers, Walid Ebied brings attention to the sufferings, struggles, and hopes of women in our society over the course of recent decades. His realistic paintings have broken a great deal of social and moral taboos and challenged different customs and traditions imposed by society, so as to defend women of all categories and social classes.

Unlike other artists, Ebeid doesn’t portray women as super models who have perfect bodies and outstanding outfits. Instead, he prefers to dig deeper to touch their souls and feel their pain. In his paintings, each detail tells a new story. You can see the agonised look on the faces of his painted prostitutes and feel the oppression they encounter every day.  You can also see how some people treat women as a piece of meat they can easily buy, or how some husbands consider their wives to be their sex slaves.

“I am so lucky because my parents were my biggest supporters, even though they have both specialised in the Arabic language. My father used to provide me with all my required materials and tools while my mother was the biggest fan and critic of my art,” he said.

After graduating from the faculty of fine arts in 1992 with a philosophical project that portrayed love, death, and art, he decided to get closer to people’s real lives and give them a voice to express their hopes and dreams.

“I like to listen to people as a psychiatrist in order to really feel their problems and the challenges they encounter. The audience always surprises me with their arguments and discussions about my paintings. They always ask me to add a few words to describe the key concepts each painting provides. A lot of people also ask me to draw them, and I think this is the real proof of success,” he added.

Although Ebied has organised a large number of successful exhibitions and was awarded a number of prizes, he currently boycotts all Ministry of Culture activities because he doesn’t believe that it provides equal opportunities for all artists.

“I work only for the sake of the people. I don’t target the elite and I don’t intend to form friendships with any officials or gain anyone’s approval. I belong to the expressive realism art school, and I usually imagine the complete painting before starting to draw its details. I start by drawing the bones of the person’s body then overlay it with skin and muscles to make it look real. The facial expression and body language bring life to the painting and make it dynamic,” he noted.

Although most of his paintings have shocked people and raised waves of both criticism and praise, he believes that this is the core objective of art. In his exhibitions, you won’t find a beautiful lady playing piano or kissing her handsome lover; however, you will see an overweight girl living in a deprived district struggling to earn a living, or a woman who is repeatedly abused by her husband or society.

“When I wanted to portray [the Goddess Isis] the pharaoh’s icon of revenge, patience, and loyalty, I wanted her to appear as a poor girl in a torn, white dress to represent those who live in ashwa’yat [informal housing]. For me, the paintings are never restricted by their frames. You have to find a complete world inside each drawing and feel attached to it somehow and that’s why I always say that my methods are closer to those of a cinema director who captures reality with his artistic tools,” he added.

Because he cares very much about who his audience is and who follows his work, he continually monitors the people who like and share his paintings on social media to find out their age demographic and background.

“Most of my audience are young people who participated in the revolution. This illustrates how art is meant to make changes and is usually consistent with revolutionary thought and ideas,” he explained.

Although a large number of young artists have started copying Ebied’s style of painting and imitating his remarkable techniques, he believes that each artist must be a source of inspiration for the next generations. He also believes that artists must act as lawyers who defend all those who are accused in spite of their charges and sins.

“I listen to the personal stories of the models I draw and I justify all of their sins. Although society treats prostitutes like criminals who deserve their desperate fate, I gave people a chance to see them from a completely different perspective.  I wanted people to see them as humans who lead complicated lives and need some help to become productive citizens,” he concluded.

Young artist presents the allure of being an overweight woman

At Art Jameel graduates exhibition, the past meets the future

Hesham Rizk: a late artist risen again through the eyes of his friends

Nice and the Cote d’Azur in painting

The memory of 30 June uprising through people’s eyes