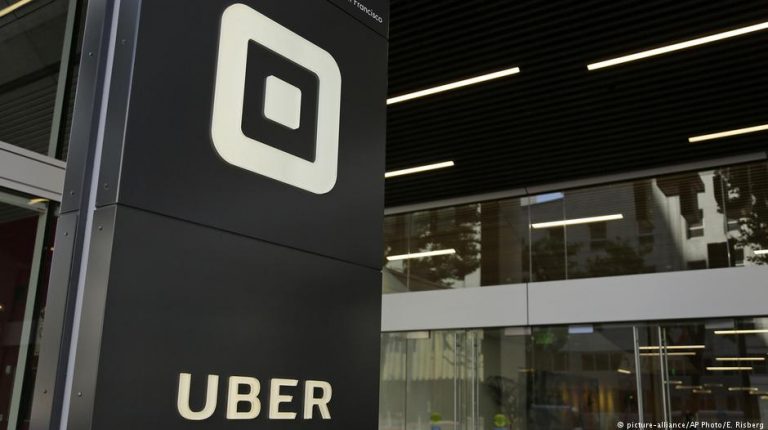 A consortium led by Japan’s SoftBank will buy a large number of shares of ride-hailing firm Uber, after shareholders elected to sell their shares, handing new Uber CEO Dara Khosrowshahi a major victory.The SoftBank consortium offered to buy 17.5 percent of Uber for about $9 billion (€7.51 billion), which amounts to a discount price of roughly 30 percent to Uber’s most recent valuation of $68 billion. The stake includes a share purchase from earlier investors and employees at the $48 billion valuation, as well as a $1.25 billion investment of fresh funding at the $68 billion level.

Read more: Volvo to help Uber get its own fleet

The deal came after existing investors on Thursday had agreed to sell enough shares for the consortium to go through with the transaction. SoftBank itself will keep a 15-percent stake, while the rest of the consortium, including US investment firm Dragoneer and Chinese online retailer Tencent among others, will own approximately 3 percent, according to a second person familiar with the matter.

“We look forward to working with the purchasers to close the overall transaction, which we expect to support our technology investments, fuel our growth, and strengthen our corporate governance,” the US ride-sharing firm said in a statement, adding that it expected the deal to close early next year.

SoftBank’s tender offer was the final step in months of negotiations that have often been fractious and at times pitted certain Uber shareholders against others. It is the biggest investment deal ever in a car-booking company.

The deal will trigger a number of changes in the way the board oversees the company, which is dealing with federal criminal probes, a high-stakes lawsuit and an overhaul of its workplace culture.

Uber announced it would expand the company’s board from 11 to 17 members including four independent directors. This will limit the voting power of some early Uber shareholders and aims to cut the control wielded by company founder Travis Kalanick, who remains on the board and is still one of the largest stakeholders.

The company’s new chief executive Dara Khosrowshahi, who took the top job in August after Kalanick was forced to step down in June, helped negotiate the deal.

Rajeev Misra, chief executive of SoftBank Vision Fund, said the consortium had “tremendous confidence in Uber’s leadership,” adding: “We are excited to support Uber as it continues to reinvent how people and goods are transported around the world.”

Some initial investors in the consortium, including General Atlantic, dropped out over disagreement about the price offered to shareholders. Moreover, Uber is losing more than $1 billion each quarter, and a new cash infusion is critical. The company is also planning an initial public offering (IPO) in 2019.

While Softbank’s offer price was initially derided as low, recent crises at the company convinced many shareholders that it may be better to cash in on their gains, rather than wait for the expected IPO.

The investment comes as Uber is engaged in a legal battle with Google parent Alphabet over its self-driving car unit Waymo that alleges trade-secrets theft. It faces a federal investigation into charges of allegedly bribing foreign officials in Asian countries and the use of software to evade regulators.

The latest setbacks include a ruling against Uber at the European Court of Justice, which declared that the car-booking company must be regulated as a transport company by EU countries.