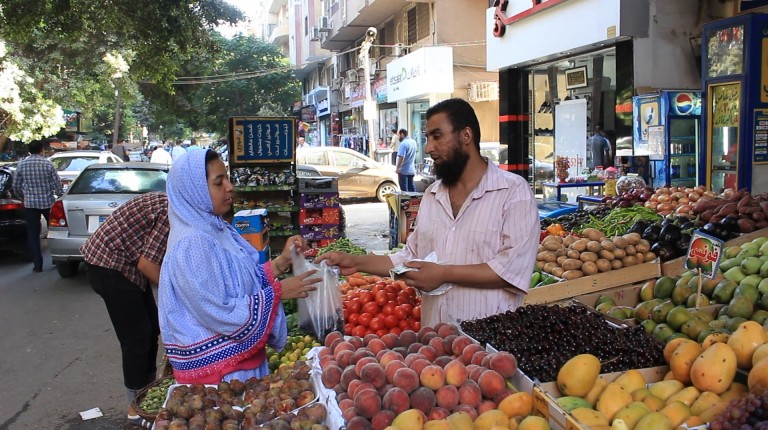 The Central Agency for Public Mobilization and Statistics (CAPMAS) said on Sunday that the annual inflation rate in Egypt reached 33.2% in August compared to the same month last year.

Thus, the annual inflation rate fell compared to July, when it recorded 34.2%.

The monthly inflation rate also fell, in August to score 1.2% compared to 3.2% in July.

The fall in inflation does not mean that prices have fallen but that the pace at which prices are rising has slowed.

The government raised fuel prices on 29 June, including gasoline, diesel, natural gas and liquefied petroleum gas. Major General Abu Bakr El-Gendy, the head of CAPMAS, said that the increase in fuel prices announced at the end of June, will have a clear impact on the inflation rate in July.

The Ministry of Electricity also raised the prices of all segments of consumption during June.

Meanwhile, investment banks expected the annual inflation to reach 35-36% in the first quarter of the fiscal year 2017/2017 after raising energy prices and increasing the value added tax to 14% up from 13% in July.

Senior economist at Arqaam Capital Reham El-Desoki said that the level of inflation came below expectations at 33-34%, which indicates that companies were unable to pass the increase in electricity prices, fully, to consumers by the time the inflation was calculated.

She added that the inflation rates will continue heading south in the coming few month to settle at 29-30% in October then to mi-twenties percent in November.

Inflation began a sharp rise when Egypt relinquished its reliance on a fixed exchange rate on 3 November 2016 and instead floated the national currency. The Central Bank of Egypt (CBE) also raised interest rates 300 basis points at the time and the government hiked fuel prices.

Banknote issuance to GDP increases to 13.42% in May: CBE