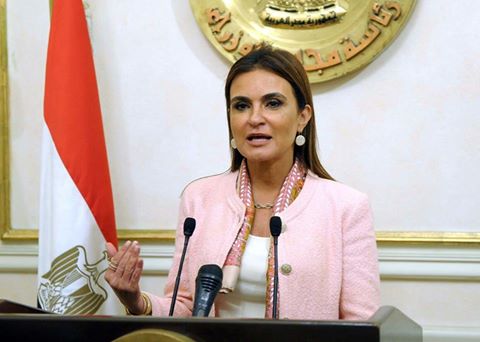 Minister of Investment and International Cooperation Sahar Nasr met on Monday morning with the World Bank’s mission, chaired by its projects director, Ashish Khan. The meeting was also attended by Vice Minister of Finance for Fiscal Policies and Institutional Reform Ahmed Kouchouk; chairperson of the Egyptian Competition Authority (ECA), Mona El-Garf; CEO of the Micro, Small and Medium Enterprise Development Authority, Niveen Gamea; and representatives of the ministries of petroleum, electricity, and trade and industry.

The meeting discussed the signing of the third and final $1bn tranche of the World Bank’s $3bn loan to Egypt that is meant to support the economic and social reform programme. Egypt has obtained two tranches already totaling $2bn.

Nasr stressed the importance of speeding up the process of signing the third tranche before the end of the current year, in order to contribute to stimulating private sector investments to support development projects that will create job opportunities and promote sustainable and equitable growth, in addition to supporting the government programme of social protection to support the most vulnerable classes and most needy governorates through projects with a direct return on them.

Meanwhile, the World Bank mission praised the distinguished economic reforms adopted by the Egyptian government, which indicate the strength of the economic and social programme, stressing the bank’s support for Egypt to inject new investments quickly.

The mission stressed that the Egyptian government has taken important steps in the implementation of policy reforms and major economic reforms that lay the foundations for accelerating the provision of employment and achieving comprehensive growth for all segments of society.

It also affirmed the World Bank’s readiness to provide the necessary support to help boost the role of the private sector in the economic and social development process in Egypt, as well as to enhance efforts to improve the climate that attracts the private sector and foreign investments.

How OPPO developed its cameras