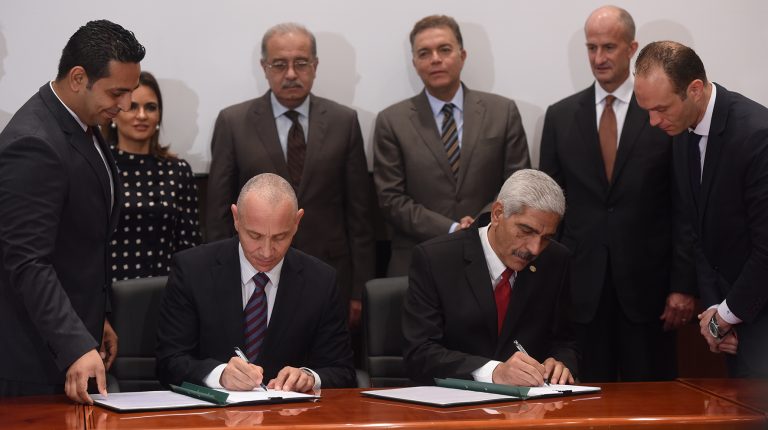 General Electric (GE) has signed a cooperation agreement worth $575m with the Egyptian Ministry of Transport and the Egyptian National Railways (ENR) to supply 100 GE ES30ACi Light Evolution Series Locomotives that can be used for both passengers or freight rail. The agreement includes providing 15-year parts and technical support for GE locomotives in ENR’s new and current fleet.

The agreement, is the largest ever between the parties, also includes technical training aimed at improving local capabilities and technical skills for more than 275 ENR engineers and employees in Egypt.

“What is exciting about this partnership is its truly holistic nature. We are working with the Ministry of Transportation and ENR on the entire process—from ensuring a competitive financing solution with partners to the manufacture and technical support for the locomotives, and the training and development of engineers. This is what it takes to be a true partner, engaging at all levels to offer comprehensive end-to-end solutions,” said John Rice. Sahar Nasr said that the ministries of investment and transport entered in long negotiations with GE to increase the local component from 35 to 50 percent.

She pointed out that the agreement came on the back of the meeting held between President Abdel Fattah Al-Sisi and Jeff Immelt, CEO of GE, during his official visit to Washington DC in the first week of April. She added that the ministry coordinated with Minister of Transport Hisham Arafat to develop a plan for the development of the railway sector.

Nasr asserted that the agreement reflects the strong strategic relations between Egypt and the US, showing Washington’s keenness to invest in Egypt in the coming period, following the summit held between the Egyptian president and his US counterpart President Donald Trump in Washington.

Hesham Arafat said, “This agreement will leverage the role of ENR in transporting goods using rail, which is aligned to the Ministry’s vision to improve rail infrastructure, decrease loads on the road, and help achieve our target to transport 25 million tons of goods annually using rail by 2022.”

The agreement also includes servicing and improving the efficiency of GE locomotives that were supplied in 2008, in addition to providing parts needed for the maintenance of the GE fleet and providing training skills for Egyptian labor,  Arafat added.

John Rice said the agreement proves that Egypt is an open market for business, adding that GE is looking forward to injecting new investments in Egypt during the current period, according to the cabinet’s statement.

GE to turn Egypt into manufacturing hub over upcoming years