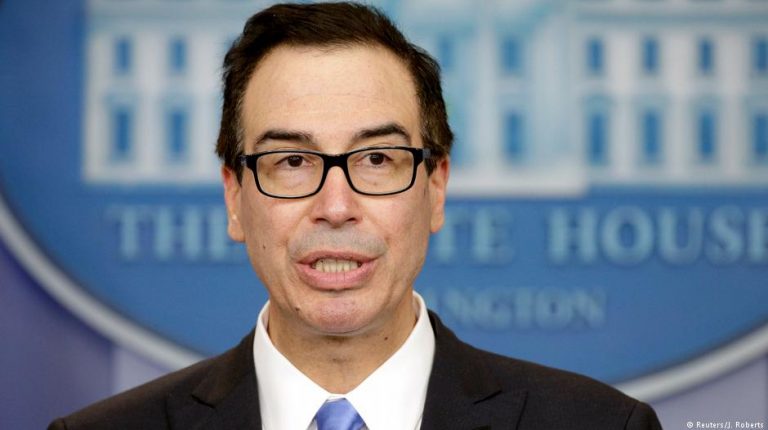 The Trump administration has proposed to curb the authority of the consumer finance watchdog created in the wake of the global financial crisis. It said easing restrictions on banks was vital for growth.The US Treasure Department issued the first part of a review ordered by President Donald Trump and reviewing the Dodd-Frank financial oversight law which was put in place during the global financial crisis.

The law had aimed to restrain banks that received hundreds of millions of dollars in taxpayer bailouts from the kind of misconduct that many blamed for the crisis.

But Donald Trump had called Dodd-Frank “a disaster” that in his view had crimped lending, hiring and the overall economy.

“Properly structuring regulation of the US financial system is critical to achieve the administration’s goal of sustained economic growth, and to create opportunities for all Americans to benefit from a stronger economy,” Treasury Secretary Steven Mnuchin (in the picture) said in a statement.

The review outlined what it called core principles of financial regulation, including overhauling the Consumer Financial Protection Bureau (CFPB). It oversees the practices of companies that provide financial products and services, from credit cards and payday loans to mortgages and debt collection.

The CFPB has been a prime target of Republican lawmakers, who accuse it of regulatory overreach.

The Treasury report came a few days after the Republican-led House approved sweeping legislation to undo much of Dodd-Frank, repealing about 40 of its provisions.

70% decline in payments of credit cards abroad within 3 months