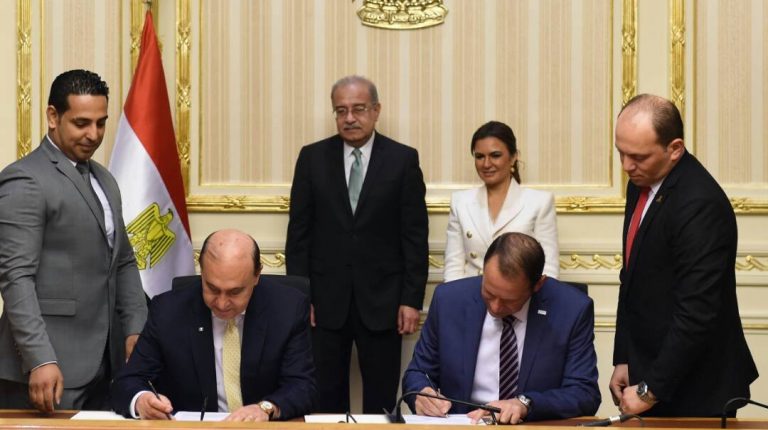 The General Authority for Suez Canal Economic Zone (SCZone) and the Ministry of Investment and International Cooperation signed 15 contracts worth nearly EGP 1bn, with 13 companies of diverse activities to invest in the economic zone of the Suez Canal. The signing was ratified by Prime Minister Sherif Ismail.

Head of the SCZone Authority, Mohab Mamish, has expressed gratitude to President Abdel Fattah Al-Sisi for encouraging the investment, and to the prime minister and the investment minister for resolving the problems of investors.

Along with signing the contracts, Mamish said there is a large percentage of Egyptian investors in small and medium enterprises (SMEs). “The president said that planning must take place with the population increase of 2.6 million people annually,” he added.

Mamish pointed out that the upcoming period will witness marketing the zone and encouraging the value-added industries. He stressed that part of the project is new and the other part is old. The old part nears EGP 1bn, and each factory has labour by 75%.

For her part, Minister of Investment and International Cooperation Sahar Nasr announced that there is cooperation between the ministry and the SCZone Authority. She said the cooperation has three aspects. The first is for legislative reforms to help inject investments, and that the zone is strategic and has an important role in the executive regulations of the investment law.

15 contracts were signed, said Nasr. She explained there will be a grant from Germany to help develop skills of the workers, and there will be an investment conference in Germany, where Mamish will present the available investment opportunities. “We coordinated with the prime minister to help resolve a number of disputes,” she added.