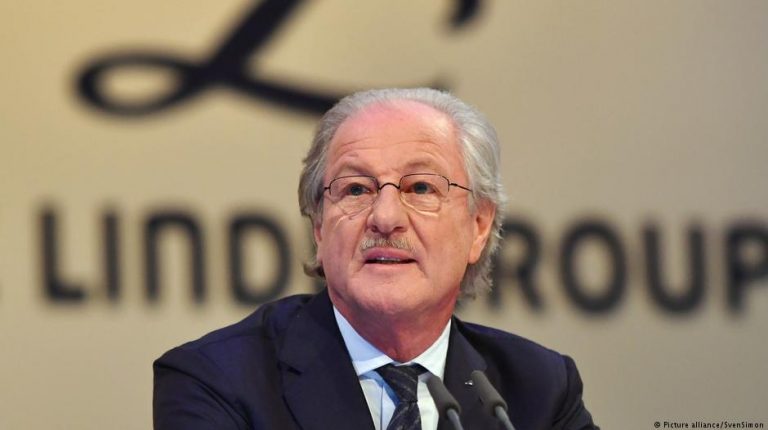 The boards of German company Linde and its US rival Praxair have voted in favor of a tie-up that will create the world’s biggest supplier of industrial gases and comes amid a thorough shake-up of the market recently.Linde’s chairman Wolfgang Reitzle on Thursday managed to convinced employee representatives on the German company’s board, thus securing a majority in favor of the $73-billion (65-billion-euro) “merger of equals.”

Labor delegates, who enjoy equal representation with shareholder delegates under German law on Linde’s supervisory board, had threatened to scupper the deal, but finally approved it after receiving job guarantees for Linde’s German workforce.

The deal is expected to close in the second half of 2018, according to the two companies, and will combine Praxair’s operational efficiency and strength in the Americas with Linde’s strong presence in Europe and Asia, overtaking main competitor France’s Air Liquide.

Aldo Belloni, chief executive of Linde, said the all-share transaction was a “once-in-a-lifetime opportunity,” with the new entity poised to deliver value for customers, employees and shareholders alike. “The new company is well positioned in all key markets and regions and can build on its exceptional R&D expertise,” he added.

The combined company – also named Linde – will form a new holding company based in Ireland. Corporate functions are to be split between Danbury, Connecticut and Munich, Germany. The group said it expects synergies of $1.2bn a year from the merger, to be achieved within three years.

The merger represents a victory for chairman Reitzle – a former chief executive at Linde, who returned as chairman to seal the deal.

Reitzle, who effectively discarded Linde’s former CEO and finance chief to push through the merger after a failed attempt last year. He did not have to use his double-counting vote to make the deal go through because labor opposition crumbled at the last minute.

Veteran dealmaker Reitzle, had repeatedly said he would use his casting vote, though reluctantly, to force the merger. He was already the architect of Linde’s 8 billion-pound ($10-billion) takeover of Britain’s BOC in 2006, and re-engineered the $50- billion Lafarge-Holcim building materials merger in 2015,

The 68-year-old, a highly sought-after executive in Germany who twice narrowly missed becoming CEO of luxury carmaker BMW, will become chairman of the merged company, while Praxair CEO Steve Angel will be chief executive.