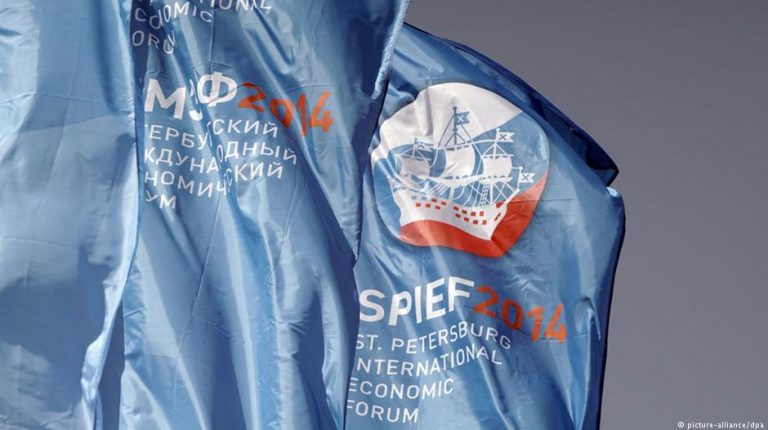 The leaders of Russia and India are scheduled to meet at the International Economic Forum in St. Petersburg to debate closer business ties. The focus on India is part of Moscow’s diversification effort.Russian President Vladimir Putin hosts Indian Prime Minister Narendra Modi on Thursday at the SPIEF annual economic forum in St. Petersburg as Moscow looks to support a fragile recovery despite ongoing tensions with the West.

The two leaders are set to focus on bolstering declining trade between what used to be key business partners.

Russia and India enjoyed a 70-year alliance forged during the Cold War when the Soviet Union was New Delhi’s largest trading partner. But the situation has changed in recent years as India has orbited closer to Washington, and Russia has fostered relationships with India’s chief regional rivals Pakistan and China.

With Western sanctions over the Ukraine conflict still hurting Russia’s economy, India represents the kind of major emerging markets it wants to do more business with as it looks to insulate itself against geopolitical shocks.

The St. Petersburg forum, now in its 21st edition, is bound to see Russia demonstrating its emergence from a multi-year recession linked to sanctions and tumbling oil prices.

“Russia has coped with the double hit of low oil prices and sanctions,” the head of the German-Russian Chamber of Commerce, Matthias Schepp, said in a statement. “We see a clear optimism in German entrepreneurship.”

And this optimism may also translate into a number of new and lucrative contracts. Last year alone, the forum in St. Petersburg resulted in deals amounting to more than 1.4 trillion rubles ($25 billion, 22.2 billion euros).