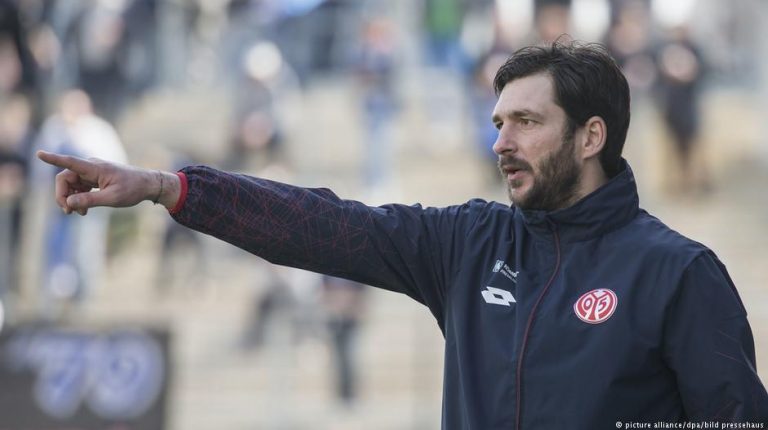 After the departure of Martin Schmidt, Bundesliga side 1.FSV Mainz 05 are set to announce U23 coach Sandro Schwarz as their new head coach, continuing the club’s policy of promoting from within.Bundesliga side 1.FSV Mainz 05 will announce Sandro Schwarz as their new head coach on Wednesday, according to widespread reports in Germany. The 38-year-old will succeed Martin Schmidt, who kept the club in the Bundesliga on the penultimate day of the season, ultimately finishing 15th.

It will be the second time that Schwarz has succeeded Schmidt, having also taken over Mainz’s U23 team when the Schmidt was promoted to the first team. Despite the U23s being relegated from the third division this season, Schwarz nevertheless enjoys a high standing within the club.

The appointment continues a Mainz tradition of promoting from within. Schmidt replaced Thomas Tuchel when he joined Borussia Dortmund, and Tuchel himself replaced Jürgen Klopp when he made the journey up the Rhine.

“Martin Schmidt did a fantastic job and has left his mark on this club,” said sporting director Rouven Schröder. “He took over the in a difficult situation and led us straight into the Europa League. By securing our Bundesliga status last season, he completed yet another mission.”

Schwarz will be officially presented at a press conference at 1300 CET on Wednesday.

Who will replace Tuchel at Borussia Dortmund?