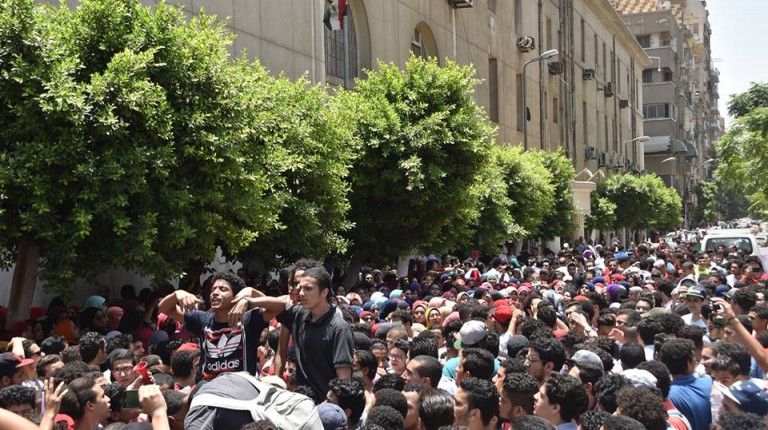 Egypt’s delegate to the United Nations Security Council (UNSC) notified on Saturday the council that Egypt’s airstrikes on Libya targeted terrorist groups and described the attack as the right of the country for self defence which the UN charters stipulate, according to a press statement.

Egypt has reportedly carried out airstrikes on the city of Derna in eastern Libya on 27 May, following the shooting of Coptic Christians in Minya in Upper Egypt, which resulted in the death of 28 civilians.

The Islamic State (IS) group allegedly claimed its responsibility of the attack.

In his speech hours after the attack, Al-Sisi said that Egypt had struck the bases where the militants who carried out the attack were trained.

According to local media, Egypt’s strikes came in coordination with the National Libyan Army; however, Libyan local media reported that the presidential council of the UN-backed Government of National Accord condemned the strikes on Libyan soil without coordination with Libyan authorities.

Libya is governed by two main conflicting governments after the downfall of late Libyan president Muammar Gaddafi in 2011: the internationally recognised Government of National Accord (GNA) in the east, and the self-declared government of National Salvation, also known as the General National Congress (GNC), in the west, followed by a takeover by militias and extremist groups of large areas of land and the formation of further entities claiming legitimacy.

Egypt has expressed its support to the GNA, as Al-Sisi, during his meeting with GNA’s army field marshal Khalifa Haftar, called for lifting the arms embargo on Libya, which was decided by the UN.

The city of Derna is controlled by islamist militants and reportedly Al-Qaeda affiliate Derna Mujahideen Shura Council (DMSC), the city which GNA’s army has been trying to seize.

In February 2015, Egypt and the Libyan National Army carried out a joint attack on Derna, after alleged IS outlets published a video of the group executing 21 Egyptians in Libya.

However, IS militants were still in Derna by the time the 2015 joint strike took place.

In April 2016, the DMSC announced that IS militants have been forced out of Derna after the armed conflict that occurred between the two groups, according to the British Broadcast Corporation.

Political analyst Kamel Abdallah told Daily News Egypt that the airstrikes targeted the group that had been in war with IS, rather than IS itself.

Abdallah explained that the attack on Derna was to absorb the Egyptians’ anger; however, on the ground, he doubted that such an attack would have an impact.

Furthemore, Abdallah added that Derna was already under siege by Haftar’s forces.

Al-Qaeda and IS are both internationally recognised terrorist groups, and although the former was considered the parent organisation of the latter, both groups have reportedly become rivals since Al-Qaeda disowned IS in 2014.

Egypt has strong ties with the Libyan Government of National Accord, as Al-Sisi met earlier in May with Haftar, and stressed on the importance of the support of the national army in combating terrorism, as well as seeking a peaceful solution in Libya.