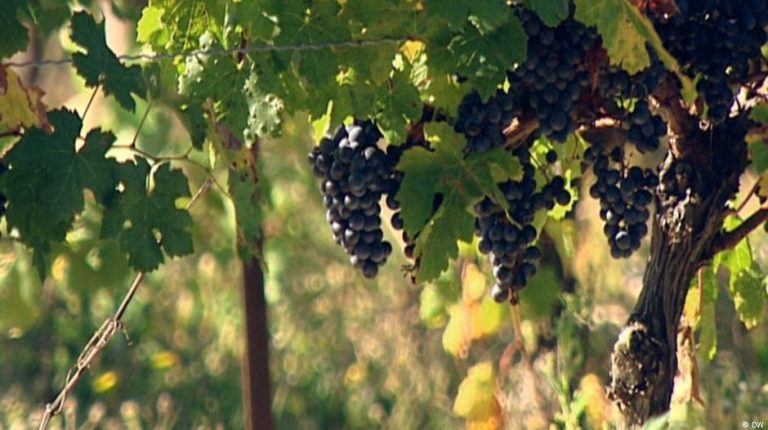 Grape rot fungus costs the global wine industry millions each year. Amid health concerns over chemical solutions, a natural alternative is being tested in France’s Bordeaux region – with positive initial results.Saint Emilion, one of Bordeaux’s most prestigious winemaking areas, is home to a vineyard called “The Grace of God.” Owner Thierry Audier’s great grandfather started making wine here a century and a half ago.

Come September, the new leaves on the vines and bunches of grapes the size of walnuts will be heavy bouquets of dark fruit. That is, if they survive the botrytis (also known as grape rot or bunch rot). The fungus usually ruins around a quarter of the crop, sometimes more.

To combat grape rot, Audier has been testing a natural pesticide called Mevalone, developed by Eden Research out of the United Kingdom.

“Last year we sprayed Mevalone on one part of the vine, and we didn’t spray another part,” Audier told DW.

“You can see the difference. You can see on the grapes a grey powder. It’s botrytis. Where you spray Mevalone, you don’t have it.”

Some believe Mevalone could revolutionize grape-growing around the world.

Chemical controls introduced to reduce the incidence of grape rot ran into trouble in 2016 after it was alleged that 23 schoolchildren fell ill after inhaling a fungicide at two Bordeaux châteaux.

The family of another winegrower, who died of cancer, is suing the pharmaceutical company that makes the pesticide they believe caused his illness.

Since it was introduced, vineyard workers have complained about what they say is the fungicide’s harsh side effects.

“I worked for châteaux that used products that were extremely toxic, and they brought out in me a sun allergy,” laborer Sonia Therlet told DW.

The active ingredient in Mevalone is clove tree, thyme and geranium terpenes. Terpenes are a natural defense mechanism produced by many plants.

“[Terpenes] are [also] naturally occurring in grapes,” said Chris Foss, a French/British viticulturalist who teaches at the wine division of Plumpton College in southern England.

Since some of the terpenes in Mevalone are produced synthetically, the new pesticide is not certified organic. But Audier, whose vineyard covers 16 hectares of the Bordeaux landscape, calls it natural and harmless.

Foss told DW that grape rot is most felt in damp, warm climates – so Bordeaux and Burgundy are particularly vulnerable.

“It sometimes causes growers to pick too early,” Foss said, because they see the rot developing and panic.

It’s hoped Mevalone, which has just been approved for use in France and several other European countries, could help France recover its world position as the world’s biggest wine producer.

Two years ago, France fell behind Italy – due partly to the spread of botrytis, which devastated many vineyards.

Vineyard owners point out there hasn’t even been a proper harvest – outside of these tests – that prove that grapes are better protected by Mevalone. But the first signs are good, they say.

If this UK-invented natural pesticide does help restore France’s grape-growing glory, it could pave the way to a chemical pesticide-free future.

“It’s an opportunity for winegrowers – but other agriculture, like cereals and fruit, too,” Audier said.

“I think it’s the future for agriculture in the world.”