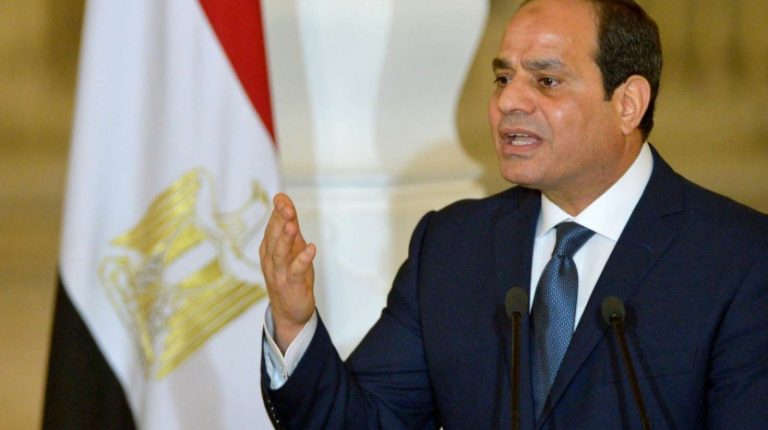 President Abdel Fattah Al-Sisi asked the head of the Administrative Control Authority on Tuesday to conclude working on all national projects by the end of this year, which have been pending for the last ten years, during his visit to Damietta.

The president also praised the government’s efforts in eradicating Hepatitis C, asking Minister of Health Ahmed Emad El-Din Rady to cure all patients by the end of this year, who in turn responded, stating that “within two years, there will not be a single Hepatitis C patient.”

Furthermore, Al-Sisi asked Egyptian people to endure the current situation until the reconstruction of slums is concluded, as the Minsiter of Housing and Urban Development announced that the budget for these reconstructions is EGP 15bn.

The president also renewed his call for officials to end the encroachment on agricultural lands.

A wide campaign has been launched by governors and officials around Egypt to end these encroachments following Al-Sisi’s call earlier in May.

Mechanisms of GCCEI yet to be declared, experts praise Al-Sisi’s speech on counterterrorism

The Islamic-US summit, a Sunni mobilisation against Iran?