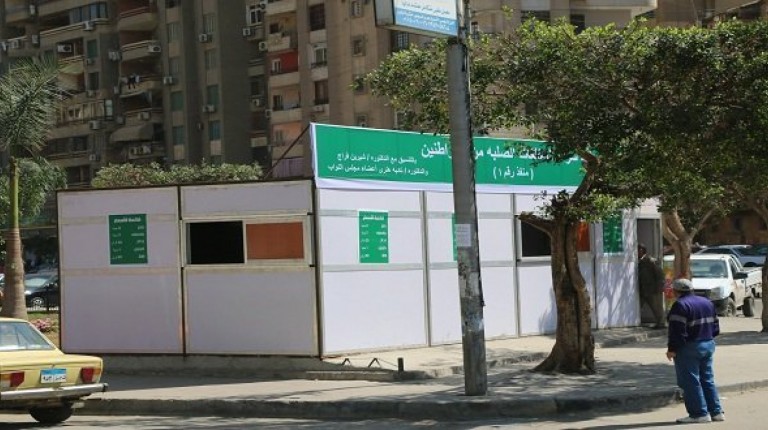 The new trash collection kiosks stationed in Cairo stirred the criticism of the garbage collectors community, who described it as “inconsiderate” to the social and economic status of workers in this field.

The criticism was also echoed by the head of the Garbage Collectors Syndicate, Shehata Al-Muqadas, who vowed presenting a formal complaint to the Ministry of Local Development, protesting the introduction of the new kiosks.

The new kiosks were deployed in the Cairo’s luxurious districts in Heliopolis, as well as upper class areas such as Zamalek and Dokki. They are administered by NGOs who preach the importance of recycling, and were enforced by the Cairo governorate.

The kiosks are affiliated with the Adam Foundation for Human Development. The NGO claims that schools will be built with the money of the bought trash which will be sold to factories.

Garbage collecting workers in the Heliopolis district have threatened to hold a partial strike, claiming the mini stores will limit their income, which is based on customers who pay them to collect garbage—usually from houses.

Al-Muqadas told Daily News Egypt that he met with around 1,500 workers and decided to send a memo to officials before escalating.

The suggested strike was set to take place in five areas: Al-Mataria, Ain Shams, Al-Marg, Al-Nozha, and Heliopolis. However they suspended any action until a reply arrives.

He asserted that the concept of the news kiosks doesn’t solve the issue of developing the problems of cleanliness and garbage collection, but is based on trade and profit.

The NGO buys the garbage and sells them, which is the same as what garbage collectors do, Al-Muqadas claimed.

He added that the garbage collectors community has managed to create a “self-sustaining recycling system throughout the years, usually based on private deals between them and factories.”

Al-Muqadas demanded that there should be a new plan for cleanliness in the country that enrolls garbage collectors as part of the process.

The kiosks were celebrated as an act to limit pollution and promote recycling, but the social factor of the individuals who have been earning a living for years hasn’t been discussed.

Workers in the field and the members of the syndicate are to meet with the Local Development Committee in the parliament to discuss the demands.

‘Not From Here’: Egypt through the eyes of foreign residents

5 ideas for a greener Christmas