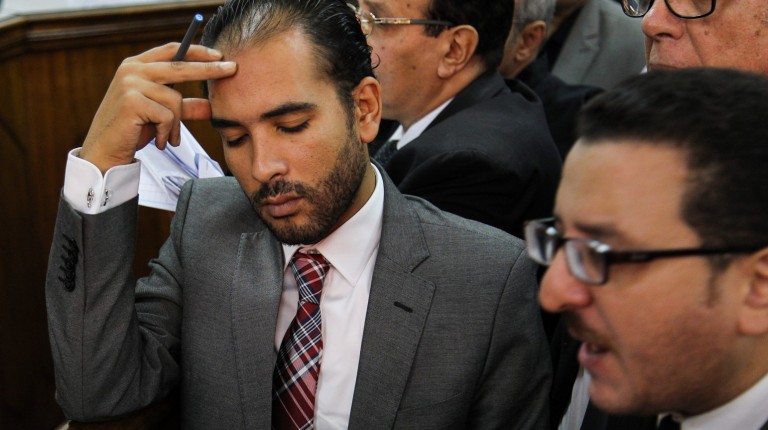 Lawyer and human rights defender Malek Adly was prevented from travelling to Paris at dawn on Wednesday when he found that he had been placed on a travel ban list, according to state-run newspaper Akhbar Al-Youm.

This decision was issued by the investigative judge presiding over the Red Sea islands protests case. Adly was involved in this case, as he was arrested in May and detained for over 115 days.

The Red Sea islands case was brought by the state against activists. Citizens opposed and protested against the maritime border demarcation deal signed between Egypt and Saudi Arabia in April.

Adly was working with lawyer Khaled Ali who obtained a verdict from the State Council in June, nullifying the deal. He is well known for his criticism regarding the state’s performance in several fields, especially in human rights.

The lawyer received a release order from the court in late August, but the prosecution is still investigating the case. Adly told local media that only the prosecution has the right to prevent him from travelling until investigations are complete—not the court or its judicial panel since its ruling was already decided.

Travel bans have been among the restrictions that the state has imposed on opposition groups. Several anti-regime politicians have received travel bans this year.

Over the past few months, other human rights and political activists were banned from travelling due to their involvement in the NGOs’ foreign funding case, including head of Nazra for Feminist Studies Mozn Hassan, human rights lawyer Gamal Eid, and investigative journalist Hossam Bahgat.

On 14 July, security forces at Cairo International airport prevented human rights lawyer Nasser Amin from travelling to Beirut, in accordance with an order from the general prosecution issued on 30 April.

Several local and international human rights NGOs have condemned the recent string of travel bans issued against a number of political activists and human rights defenders.

In Video: Tiran and Sanafir agreement in favor of Israel: Malek Adly in court