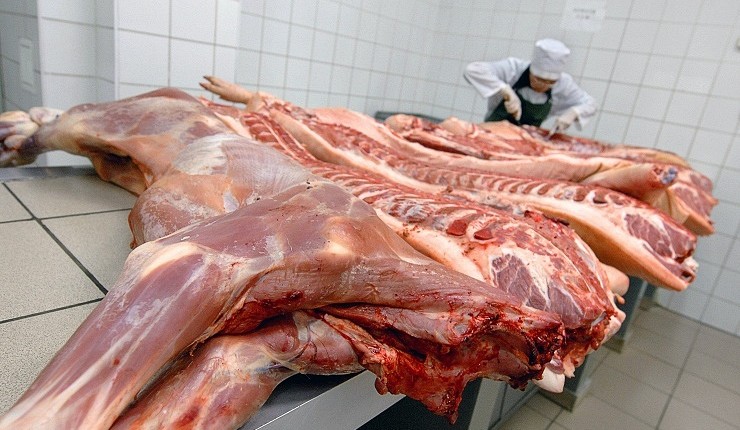 Egypt’s Ministry of Agriculture and Land Reclamation approved 13 slaughterhouses in Russia to start importing meat and poultry on 7 October. The step is a first, as Egypt has never imported similar commodities from Russia before.

The step comes amid efforts to increase trade between both countries, according to the ministry’s announcement, following Russia’s lift of the ban on importing Egyptian agricultural products.

Experts see the approval as a step towards improving the political relationship between Egypt and Russia before the economic one.

Samir Sweilam, president of the Meat Importers Association, said that the government wants to pave the way forwards in its relationship with Russia. He believes that this is “one of the ways” Egypt would not utilise immediately, because Russia already imports meat and poultry from different countries.

Sweilam said that Russia cannot export what it already needs, explaining that Russia is not self-sufficient in meat and poultry.

According to the Observatory of Economic Complexity, Russia imported animal products for $12.7bn, of which 33.4% were meat products and 6.8% were poultry products.

“Brazilian meat and poultry have the best quality at the best prices,” said Mohamed Ryhan, a member of the butchers division at the Cairo Chamber of Commerce.

He noted that Brazilian animal food products are of premium quality, adding that it is the first time for him to hear that Egypt would import meat or poultry from Russia.

On another note, the Food and Agriculture Organisation’s Meat Price Index averaged 163.5 points in September, essentially unchanged from August.  Since January, when it hit a 5-year low, the index has risen by 12.6%.

The largest increase of the year so far has been recorded for pork, followed by ovine [lamb and mutton] and poultry, while bovine meat experienced only a limited rise.  Firm international demand, in particular from Asia, underpinned pork and poultry prices, while reduced international supplies reinforced those of ovine meat.

Meanwhile, a recovery in bovine meat production in the US has reduced the need for imports, contributing to a restrained international price increase for this commodity.

Inflation down to 1.3% in September, compared to 1.9% in August: CAPMAS

VAT: the lifeline to escape from budget deficit