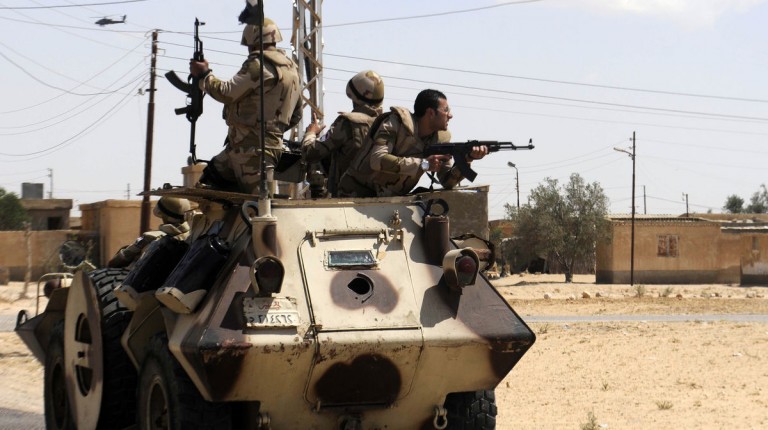 Two conscripts were killed and two others injured in two militant attacks on Tuesday afternoon in the Sinai peninsula, a North Sinai-based journalist told Daily News Egypt on condition of anonymity.

The first attack took place during clashes between security personnel and a militant group near Rafah city. The clashes resulted in the death of one conscript and the injury of another, he clarified.

Meanwhile, in El-Hasna region of central Sinai, an armoured army vehicle was targeted by an improvised explosive device (IED) that resulted in the death of a conscript and the injury of another.

Following the two attacks, security and army forces carried out intensive security sweeps in an attempt to arrest the perpetrators and other militants related to the “Sinai Province” militant group.

The Egyptian Armed Forces media office has not issued a statement regarding the two attacks.

Army and police forces in North Sinai are being targeted on a near daily basis in different types of attacks—most of them carried out using IEDs made by “Sinai Province” members.

The Islamic State-affiliated militants are mainly based in North Sinai from where they launch attacks against army and police checkpoints. Since 2013, following the ouster of Islamist president Mohamed Morsi, they have launched several deadly attacks against army stationing points.

In 2014, the Egyptian Armed Forces launched counter-insurgency campaign targeting militants in North Sinai, though the group still represents a “chronic headache” to the current regime.

US tests IS rocket for mustard gas after attack