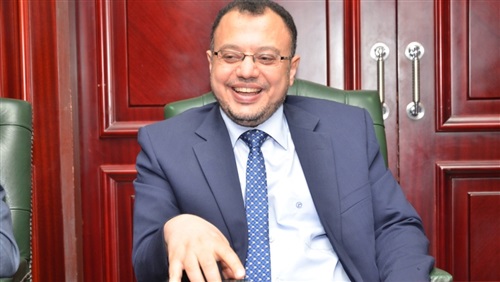 The Egyptian government announced on various occasions its intentions to list a number of state-owned companies on the Egyptian Exchange (EGX), as a way of enhancing the market’s role in supporting economic development.

While the government said the programme would serve as a means of boosting capital flow in the market by providing state-owned companies with much-needed financing, questions arose as Egypt’s economic community recalled previous attempts to enter the EGX.

The state-company listing programme has been on hold for over a decade, having been initiated in 2005 by then-prime minister Atef Ebeid, who completed a number of initial public offerings (IPO) that failed to produce the desired results. Investment Minister Dalia Khorshid, however, reaffirmed the state’s commitment to the initiative, especially in light of Egypt’s ongoing negotiations with the International Monetary Fund (IMF) for a $12bn loan.

Various experts believe the government’s initiative comes in response to the IMF’s demands to expand the ownership base of some companies, meaning the state will most likely opt to resume management duties, which could be a hindrance to the companies’ development, as previous experience has shown.

Ehab Rashad, managing director of Mubasher International for Securities, said that the listing programme is an important step forward for the Egyptian economy, stressing that its success will depend on the state’s management philosophy post-IPO.

He added that the government should not repeat ex-prime minister Ebeid’s mistakes, when he had offered under 50% of state-owned company shares but retained the government’s bureaucratic management style.

Rashad pointed out as well that circumstances in the 1990s up until 2005, when government IPOs had witnessed exceptional demand, were very different from the present, and that the success of these IPOs hinges on a company’s track record and ability to reap high returns.

Khorshid said the government aims to float at least 45% of each company’s shares. But, expert opinion suggests that a better trajectory for the government would be to offer more than 50% of company shares and allow the private sector to manage affairs.

The government has announced a five-year, multi-phase plan for its IPO programme. The first phase will include launching a number of successful companies, through capital increases or by selling part of the state’s shares, which ensures diversity in offering mechanisms in order to better suit the needs of each individual company.

The second phase will involve preparing a number of companies for IPO by providing state-funded capital, raised during the first round, to develop and enhance their operations, before they are offered to the market.

“Why do we always resort to this option if these companies can bear their own expenses without consuming government resources?” Rashad said. “These companies can increase their capital either through strategic investors or through a direct launch into EGX via capital increase and a shift to private sector management.”

The government has set the programme’s target value at $5-10bn increased over a three- to five-year time span. The announcement of the first IPO of state-owned companies in December 2016 and January 2017 is expected to include a list of companies that guarantee high returns in a short period of time, such as oil companies and public banks. While utility companies, such as electricity, will be launched at a later stage.

According to a statement issued by Petroleum Minister Tarek El Molla, the phase will bring a number petroleum companies to the market for the first time. Those include the Middle East Oil Refinery Company (MIDOR) and the Egyptian Ethylene and Derivatives Company (ETHYDCO). Registered companies, such as Alexandria Mineral Oils Company (AMOC), Sidi Kerir Petrochemicals company (Sidpec), and Misr Fertilizers Production Company (MOPCO), will also be offered.

The programme will also see financial institutions, such as the Banque Du Caire offer 20% of its share, while the Arab African International Bank (AAIB) will offer 40% of its shares (20% from Egypt and another 20% from Kuwait), according to a statement from the governor of the Central Bank of Egypt (CBE).

The Chairperson and Managing Director of the Egyptian Arabian Company Themar for Securities Brokerage (EAC) Adel Abdel Fattah supported the government’s initiative, saying it has adopted an admirable and professional approach in planning these offerings.

The Egyptian government has assigned the project to the National Investment Bank’s (NIB) subsidiary NI Capital and is discussing the matter with the bodies responsible for setting appropriate quotas.

NI Capital is responsible for evaluating companies and hiring international and local consultants and investment banks to aid with the launch. Additionally, a tripartite committee, featuring the ministers of investment and finance, as well as the CBE’s deputy governor, was set up to supervise the process.

He recommended, however, that NI Capital’s role should be limited to preparing the IPO procedures, in order to minimise risk and learn from experiences such as that of Emaar Misr, whose shares collapsed during its launch as a result of an exaggerated share price evaluation. He underlined the importance of involving private sector advisers in the IPO process.

Abdel Fattah stressed that this gradual approach to the launch guarantees the success of the IPOs, affording the government more resources to implement its economic reform programme and attract foreign investments. He said he also expected the success of the IPOs to encourage the private sector to follow in the same direction, as it would raise the stock exchange’s liquidity position.

Rashad, however, dismissed any connection between the success of state-listing programmes driving the public sector to follow suit.

Learning from the Eastern European experience

Past experience has shown that corporate governance is not the Egyptian government’s strong suit. Hussein Abdel-Haleem, managing director of promotion and IPO coverage at Sigma Capital and managing partner at Paradigm Investment, said that Egypt could stand to learn from the Eastern European experience.

“[The government] says that one of the goals of launching these companies is developing them, but at the same time it says it will offer minority shares in order to maintain its control over them,” Abdel-Haleem said.

He noted that if the state were to maintain its control, its goal would then be limited to expanding the ownership base and acquiring funds that would help bridge the gap in its deficit, which is similar to what had happened with several companies before, such as Telecom Egypt (TE), Egypt Aluminum, and Alexandria Containers and Cargo Handling Company.

He was also of the view that the government’s programme is meant only to satisfy the IMF’s requirements for the $12bn.

A number of stock market experts described the programme—at its current stage—as ambiguous. They pointed out that the information made available so far has been both scarce and scattered, leaving the market eager to hear further announcements regarding the number and list of companies the state intends to offer during the first phase of the IPO programme.

2016: an opening for Egypt’s economy to recover or an entryway into a dark tunnel?