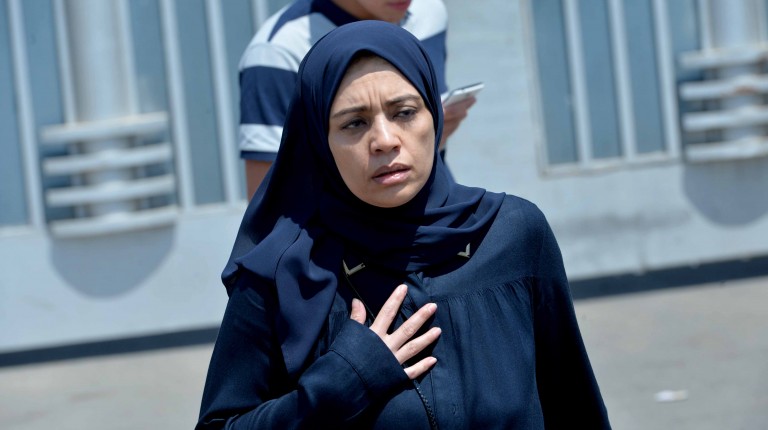 The parts recovered are very small and identifying them, or even which part of the body they come from, has proved to be difficult.

Relatives of the victims will visit the mortuary in order to provide DNA samples, which will help in identifying their relatives.

The Egypt Air aeroplane crashed into the Mediterranean Sea on Thursday morning, claiming the lives of all 66 people onboard.

The US navy said that its maritime patrol aircraft are continuing to support Egyptian efforts to search for more debris of the crashed aeroplane, said an official statement. The US aircraft managed to locate large debris, with more than 100 pieces gathered thus far, that they were able to positively identify as aircraft debris. The location and description of all debris was passed on to the Egyptian Navy, according to a statement released by the US navy on Sunday.

An Egyptian submarine has been sent to the location where the plane fell to help search for remnants of the wreckage, said Egyptian President Abdel Fattah Al-Sisi on Sunday.

Al-Sisi said no one can confirm any theory or cause behind the crash as of yet, pointing out that all theories are possible. “We will announce the results once they are revealed,” he added.

“It is very, very important to us to establish the circumstances that led to the crash of that aircraft,” Al-Sisi said. “There is not one scenario that we can exclusively subscribe to. All scenarios are possible.”

The Egyptian president commended the efforts of other countries assisting in the search through the supply of aircrafts and ships.

The search to find the aeroplane’s black box is still ongoing. This find may play an important role in identifying the reasons behind the tragedy.

The Egyptian Armed Forces previously announced that debris was found 290km away from Alexandria coast.

On Saturday, the French Air Accident Investigation Agency said that there was evidence that smoke had been detected in the aeroplane prior to it going off radar.

Airbus experts are already in Cairo supporting investigation efforts. “In line with ICAO annex 13, Airbus will provide full technical assistance to French Investigation Agency, BEA, and to the Egyptian authority in charge of the investigation,” said an Airbus statement.

A French parliamentary delegation is visiting Cairo on Monday to discuss the issue of the crashed EgyptAir aeroplane with the International Relations Committee in the Egyptian parliament.