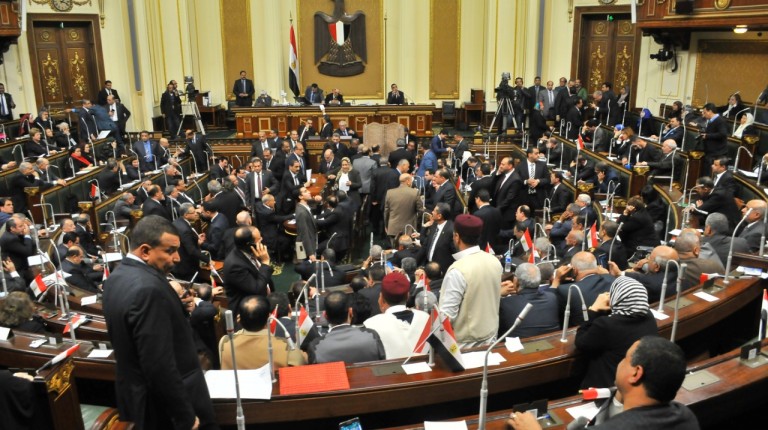 The Manpower Committee in the House of Representatives began discussing articles of the resubmitted civil service law on Sunday, three months after it was initially rejected by the parliament.

The committee, headed by Gebaly Al-Maraghy who is also head of the state-supported Federation of Trade Unions, agreed on articles that define the state’s responsibility towards the rights of public sector workers by keeping an article in the government-drafted law that says the state is “responsible for” instead of the suggested “obligated to”.

The law was initially rejected for a number of reasons due to its unconstitutionality. Its first article states exceptions for certain governmental authorities from implementing the law.

Following the amendments, the minister of planning said the law will not be implemented on the aforementioned authorities and bodies which include the presidency, judiciary, military, and others.

The draft law was resubmitted to the parliament days after it was rejected in early February after amendments were made by the ministries of finance and planning.

The law, which overhauls the system of salaries, bonuses, and promotions across state institutions and authorities was the only one out more than 300 to be rejected by the parliament, which prompted immediate criticism from President Abdel Fattah Al-Sisi as his government strongly advocated for the law as an integral part of the government’s reformation plan.

Families of Alexandria military workers threatened ‘not to talk’ about case

The war of wages: maximum wages loses the fight