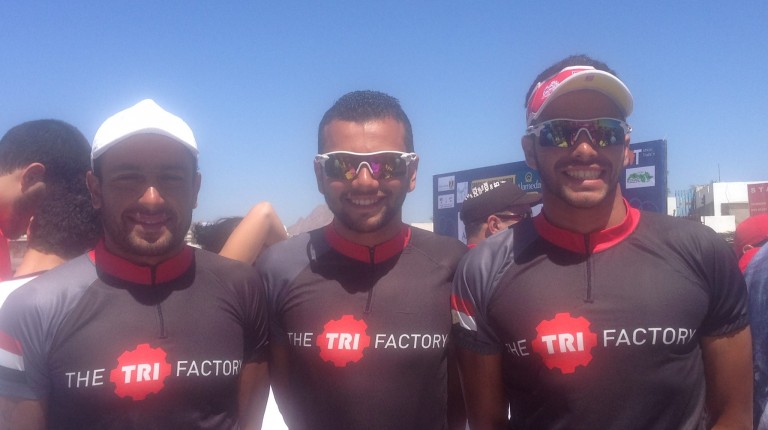 Egyptian teams scored a number of victories at the 2016 ATU Triathlon African Cup & Pan Arab Championships, organised by Alameda Triathlons and the Arab Triathlon Confederation, which concluded its events in Sharm El-Sheikh on 2 April.

A triathlon is a multiple-stage competition involving swimming, cycling and running. The sport is included as an Olympian sport.

The sport is performed both individually and in teams, where each competing team includes three athletes, one in each activity, in what is called a relay competition.

In the Sprint Overall Relay’s division, the trio of Eslam Mohamed, Omar Magdy and Tarek Magdy, representing the National Bank of Egypt’s Club, surprised the audience by winning the gold medal. The three are also members of the Egyptian national triathlon team.

The silver medal also went  to the Egyptian Triple Team, made up of Mohamed Gamal, Foaad El-Said and Kahled El-Shebokshy.

The most important division throughout the tournament was the Elite division, in which athletes collect points to qualify for the Olympics. This division includes two groups, males and females.