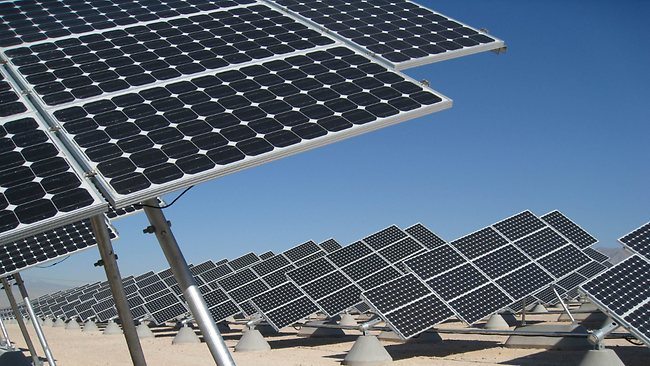 “In parallel, we are working with distributors who are consuming smaller amounts but with high turnover, which is very important for us because we started to get a lot of customers for solar water pumps as a result of the blackouts that occurred last year,” Mohy Eldin added.

Jinko Solar produces solar energy modules and solar panels. Currently, its strategy is not only to produce in China; the company has the intention to produce regionally, said Jinko’s CSO and head of emergent markets, Arturo Herrero.

“We currently have more than 20 offers with local people in 20 different countries. Our target is to be localised and to understand the needs of our customers,” Herrero added.

Regarding Jinko’s operations in Egypt, Herrero said that in Egypt Jinko is mainly tendering with partners in all the programmes, the most significant of which is the feed-in tariff.

“At the same time, we also follow the large scale projects, such as selling electricity to utilities, which are projects on large lands called solar parks. We have been leading in South Africa with these large projects,” Herrero noted.

In South Africa, Jinko has already installed more than 400 MW, with a 40% market share in the country, said Herrero. “We expect to enter these kinds of potential opportunities in Egypt,” he noted.

Moreover, in the Middle East, we have already installed more than 20 MW in other countries that are more developed than Egypt, Herrero added.

In Egypt, there is a vast demand for energy, and there currently a is a shortage of around 5 GW in the grid. The government is moving towards the International Partnership Programmes (IPP) and Public-Private Partnership (PPP), which means solar energy will be demanded in the medium-term, Mohy Eldin said.

“From 2016 to 2018, we expect to be widely operating in Egypt and we expect to acquire a part of the government’s intended plan to expand in photovoltaics (PV) in many projects,” said Herrero.

Jinko Solar provides the solar panels for the developers and for engineering firms for the EPC contractors, Herrero clarified.

“We have the most competitive price in the industry, and our quality has been tested in the field for more than six years. We have financial stability, and we are now listed in more than 86 banks worldwide,” said Hererro.

These banks believe that the company is reliable and that it will be alive and sustainable for the next 20 years at least, according to the CSO.

“Jinko’s production capacity for this year is 4000 MW (4 GW). The company’s revenues are around $2bn, achieving quite a decent net profit and a 20% growth margin,” Herrero highlighted.