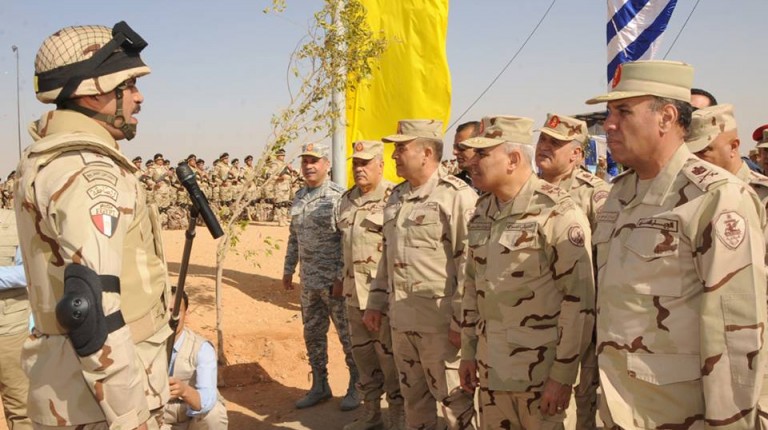 The Military Court of Alexandria handed out sentences to 163 “Muslim Brotherhood leaders” in absentia on Monday, state-owned newspaper Al-Ahram reported.

The sentences range between three and 15 years for 106 of the defendants. 33 others were acquitted in the same case, known as the burning of the Beheira governorate building.

The defendants were charged with public assembly, demonstrating power, and attempted murder using bullets and white weapons in the vicinity of the Beheira governorate building. They were also charged with burning six police cars and a military tank, stealing the belongings of security forces tasked with protecting the governorate building, and blocking the road.

Military trials for civilians have increased in recent months. In May, the Alexandria Military Court issued sentences against 147 defendants, including at least 12 children aged between 15 and 18, according to the National Community for Human Rights and Law.

Egypt also executed six men who were sentenced to death in a military court, while civilians courts are still looking into the legality of their executions. Evidence purportedly points to some of them having been arrested prior to the date of the crimes for which they were convicted.