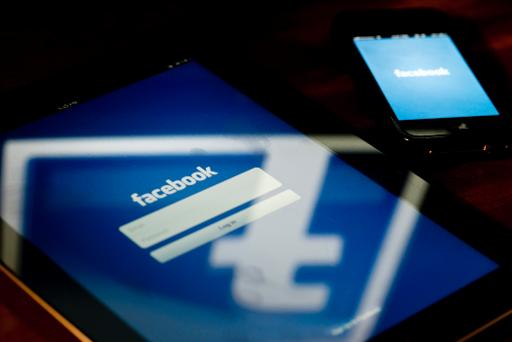 A student from Ismailia was given a one year prison sentence by a court Monday for contempt of religion relating to activities on campus and atheist statements online.

Sherif Gaber, 22, was studying at Suez Canal University in 2013, when teaching staff and fellow students reported him via a petition to the institution’s President. They said he had made posts supporting atheism on Facebook, and suspected him of being behind a page called ‘The Atheists’.

Subsequently, the university’s then-president Mohamed A. Mohamedein personally filed a legal complaint against the student to the local prosecution on the grounds of contempt of religion. Monday’s verdict on the case allows Gaber to avoid the prison sentence on a bail of EGP 1,000. However, a retrial that could increase the sentence to over two years is due to take place in the coming weeks.

Speaking to Daily News Egypt, Gaber said how he was a “good student… top of his class”, but that his run-in with the university began after he challenged a science teacher. This arose over the teacher calling homosexuality a sin, and for homosexuals to “be crucified in the middle of the streets”.

According to Gaber, a lecturer from the university proceeded to print posts from
Gaber’s Facebook page that questioned religion. In front of a class, the lecturer declared that he would submit them as evidence to the University’s president and the prosecutor general.

Gaber said that nothing happened for a few months, and then on 27 October 2013 he was arrested from his home at 3am.

“[I couldn’t believe] the strength of the security of the state – three armoured cars and an army vehicle, surrounded my house,” Gaber said. “I said there must be another Osama bin Laden living in the same tower… I didn’t know I was that dangerous.”

The student was kept in detention by National Security until December 2013, when he was granted an EGP 7,500 bail. Gaber told Daily News Egypt that during this time, he was subjected to severe abuse and electrocution from the security officials, who “punished every part of me”.

Gaber, who has separated from his family and now lives alone in an apartment, said that he is looking for help in claiming emergency asylum in the next few weeks to avoid imprisonment in the retrial of his case. He also believes that, whilst he has not been suspended from the university, he is repeatedly being failed by his teachers.

Former Suez Canal University President Mohamedein told Daily News Egypt that he “cannot remember the incident, a lot of things happened when I was there”. A spokesperson at the university was unavailable for comment.

“The state of freedom of expression in Egyptian universities is very bad,” Fatma Serag, a lawyer working with Association for Freedom of Thought and Expression (AFTE) who provided support to Gaber, told Daily News Egypt.

“Universities’ managements encourage students to report on their fellow students that have different political and ideological thoughts in order to take legal action against them and notify the national security agency and the police,” Serag continued. “This puts freedom of speech in a state of danger and puts restrictions on the academic freedom, especially for the teaching staff, muzzling their ability to teach and spread their thoughts”.

Serag said: “I strongly condemn the ruling issued against Sherif Gaber, and I hope his innocence is granted by appeal.”

Article 2 of the Egyptian constitution, passed after the ouster of former president Mohamed Morsi, states that “Islam is the religion of the State… the principles of Islamic Shari’a are the main source of legislation”. However, Article 64 maintains “freedom of religion is absolute”.

Despite not being explicitly illegal, the Egyptian government and judicial system has recently upheld the role of religion in the country by using a set of three penal codes. These include charges of “contempt of heavenly religions”, desecrating religious symbols and mocking religious rites in public, and which can carry sentences of up to five years.

In January, student Karim Al-Banna was given a three year prison sentence on charges of contempt of religion and insulting the divine. Al-Banna was accused of using his Facebook account to publish articles that “belittle the divine”, with his father supporting the case, collecting information to be used in the trial.

Sarah Leah Whitson, director of the Human Rights Watch’s MENA programme, said following the case of Al-Banna: “Atheists are one of Egypt’s least-protected minorities, although the constitution ostensibly guarantees freedom of belief and expression… [the] Egyptian authorities need to be guided by the constitution and stop persecuting people for atheism.”

The rights watchdog said that the sentence, one of several handed down on blasphemy charges in recent years, and “is part of a wider government push to combat atheism and other forms of dissent”.