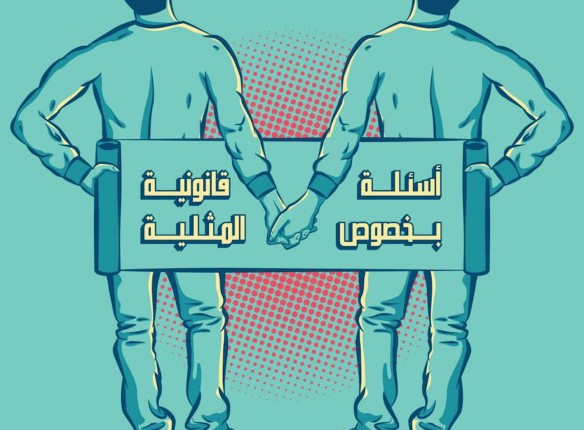 In response to the crackdown against homosexuals in Egypt, a group of lawyers and activists launched a guide discussing homosexuality under Egyptian law.

The authors of the guide did not reveal their identity because of “the legal and political situation”, said Scott Long, blogger and human rights activist, who helped the authors with the guide.

More than 90 people have been prosecuted under the Fugur (debauchery) law since 2013, said Long.

“These arrests represent another assault on fundamental human rights and reflect the Egyptian government’s growing disdain for the rule of law,” Graeme Reid, Director of the Lesbian, Gay, Bisexual and Transgender Rights Programme for Human Rights Watch (HRW) said in a statement.

The guide, which took several weeks to prepare, answers common questions about homosexuality under Egyptian law and whether it is considered a crime or not.  Despite the absence of a definition of fugur in the law, the most common definition by Egyptian courts does not identify homosexual conduct as an illegal act. Instead, the definition of homosexuality as a crime only mentions “indiscriminately” committing homosexual acts, a vague legal concept explained as “prostitution not necessarily in exchange for money”, according to the guide.

Other violations include assaults in public or private places, which are driven by the social stigma towards homosexuality.

“That stigma drives the crackdown,” said Long, “but it’s a kind of feedback loop.”

The Ministry of Interior releases “often very slanted” information about the arrests when they happen to local media outlets, he said. Such press coverage also contributes in empowering negative social perceptions.