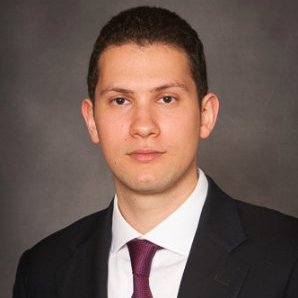 For its 2014 forecasts, the World Bank predicts that Egypt’s economy will grow by 2.4% followed by a further 2.9% expansion in 2015. Endowed with a young population, Egypt has a strong potential to kickstart its economic development programme. In fact, Goldman Sachs – one of the largest investment banks in the world, identified Egypt as 1 of 11 high promising developing countries for the 21st century (The N11). Necessary for this engine growth will be the efficient allocation and management of all of Egypt’s assets, with special importance on its human capital resource.  Based on the latest estimates on permanent and temporary migrants, there are more than 3.5 million Egyptians living beyond her borders. This presence represents a significant share of Egypt’s population, which has been actively contributing to Egypt’s economy through their financial remittances and by sharing global best practices that they have gained while being abroad. Unfortunately, Egypt has historically underutilised this important asset. However, Egyptian policymakers and the Egyptian professional community can do more to fully reap these positive economic rewards by examining what are some of the best practices that have already been successful within Egypt as well as examining initiatives that similar countries are undertaking.

In 2012, the value of Egyptian migrant remittances peaked at $19.2bn, representing 7.3% of Egypt’s total GDP.  Recently, these remittances have grown at an unparalleled rate – outpacing many of its regional neighbours that also depend on them. Based on data sourced from the World Bank, in the five years to 2012, Egyptian personal remittances increased at an average annual rate of 20.2%, making it one of the fastest remittances growth rates in the world. In comparison, Palestine and Lebanon witnessed a 13.9% and a 3.7% – annualized growth respectively during this same period. Migrants and temporary workers abroad transfer these funds for a range of factors that include supporting their families, investing in a new business or purchasing real estate. Generally, these funds are either transferred via a currency agency or deposited directly to an Egyptian commercial bank. Unfortunately, the Egyptian financial system – which represents 22.7% of the Egyptian economy, has not fully capitalised on this momentum due to a lack of financial innovation, sophistication, and development. Based on data from the World Bank, it is estimated that only 37.4% of Egypt’s population has a bank account at a financial institution, making it one of the lowest in the Middle East. Tackling and improving the financial services industry will be crucial if Egypt is to jumpstart its economic engine.

In a 2012 report spotlighting Egypt, the Global Entrepreneurship Monitor concluded that 11.5% of Egyptian adults were either trying to start a new business or were already managing an established enterprise. However, many of these new firms face daunting challenges with access to financing being a particular challenge. According to the latest available data from the World Bank, only 5.6% of Egyptian firms utilise banks to finance investments, hindering their ability to expand, create new jobs and increase their revenues. Although Egypt’s leading banks escaped the global financial crisis, there is still significant room for improvement. Egypt ranks seventh among regional countries with respect to the number of Chartered Financial Analysts (CFA) operating within her borders. The CFA exam is a rigorous test that demonstrates a strong understanding of financial concepts and strategies. Prominent global financial institutions, such as Schroders, HSBC, and Morgan Stanley, actively encourage their workers to seek this designation. Egypt’s leading commercial banks and financial institutions must do more to raise the financial sophistication of their workers in order to better manage migrant remittances, keep their credit exposure in check, as well as branching out to new areas like microfinance that can benefit the entire Egyptian population.

In addition to receiving remittances from abroad, the Egyptian economy benefits tremendously from the vibrant and successful professional community of Egyptians that is active outside her borders. It is estimated that there is more than 86,000 Egyptian scientists and an even higher number of highly educated professionals that live outside of Egypt. These individuals include world-renowned experts such as Dr Mohamed El-Erian (former CEO of PIMCO), Dr Abdulmageed An-Nagar (Head of the Department of Central Care in the Northwest Rhine Centre), Dina Powell (Global Head of Corporate Engagement in Goldman Sachs), and Dr Ahmed Zewail (Noble Laureate in Chemistry).

By collaborating on joint projects, by sharing their expertise through seminars in local Egyptian universities, and by forming professional associations, these highly educated migrants have formed knowledge networks with their compatriots back in Egypt boosting Egypt’s human capital. This has resulted in a significant increase in the number of research produced. In the five years to 2013, the number of Egyptian citable journal documents increased at an average annual growth rate of 16.04%.  This impressive growth occurred as international collaboration in academic journal publications reached 48.2% in 2013, an increase from 38.0% in 2008. In particular, over the past decade, the Egyptian Medical and Scientific community has outperformed other Egyptian industries in its willingness to reach out and engage with their Egyptian peers abroad.  Based on data from the SCImago Journal, Egyptian Citable Journal Documents within Biochemistry, Genetics, & Molecular Biology grew at an average annual rate of 24.83% as international collaboration grew within this field. Unfortunately, other academic and industry fields have not been as active in engaging with Egyptian professionals abroad. This has to change if greater strides in research and in economic growth are to be achieved.

Despite the turbulent economic conditions of the last three years, Egypt’s potential as one of the leading economies for the 21st century still remains there. It benefits from a highly educated professional community both within Egypt and abroad. Furthermore, it is expected that migrants and temporary workers abroad will remain committed to their families and friends through their remittances. Going forward though, the Egyptian financial system must allocate those resources more effectively by investing more in professional development, more sophisticated financial products, and by making finance more available to small business owners and entrepreneurs. Furthermore, academic institutions and government policymakers should encourage more international collaboration with Egyptians abroad to increase the human capital potential of Egypt, which will be crucial to secure future national growth. If these milestones can be achieved, then Egypt can be well placed to be among the top 20 economies by 2050.

Omar Khedr is an analyst at IBISWorld, a graduate of New York University, and currently a member of the United Nations Association of Young Professionals.