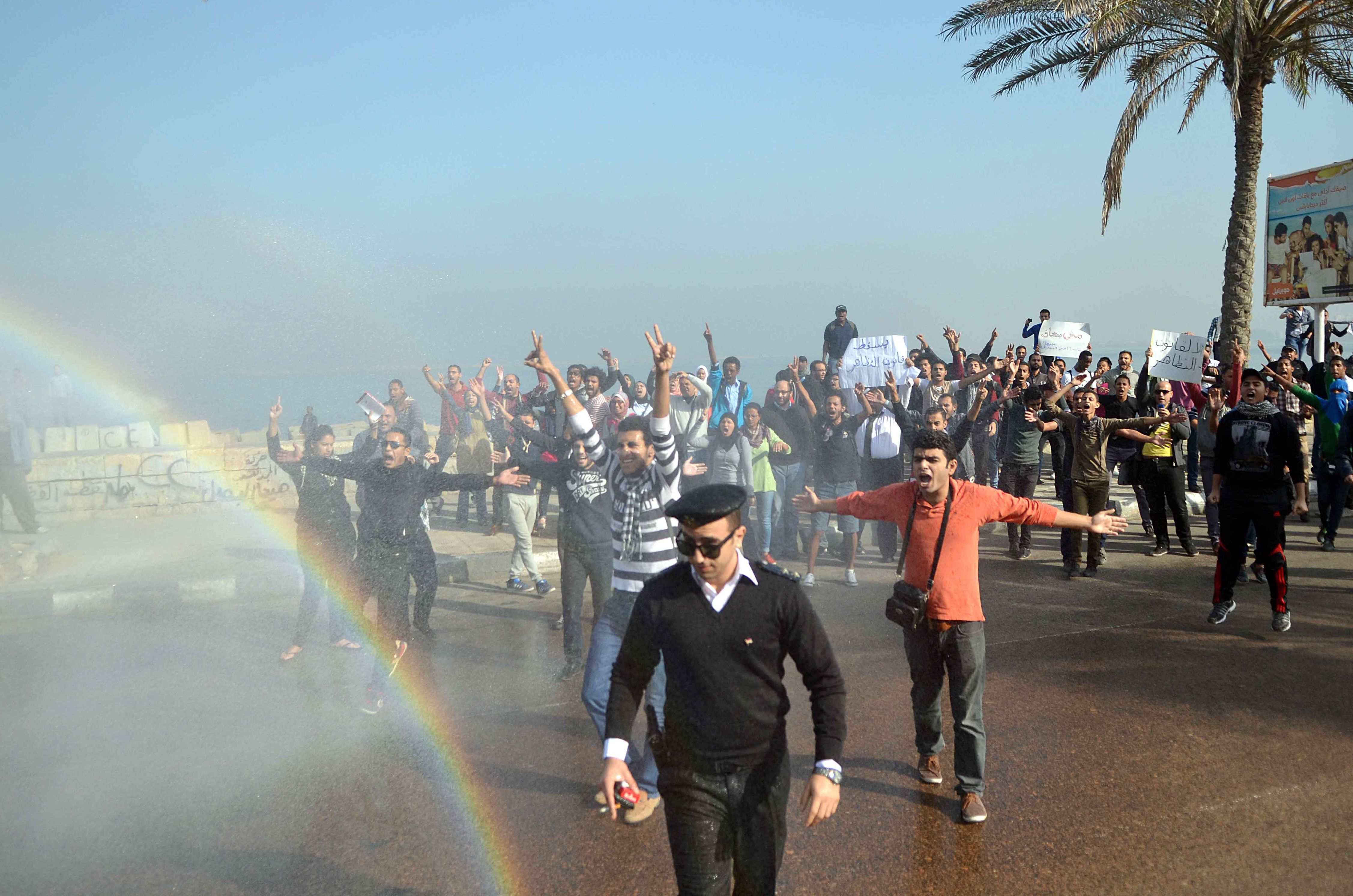 The Alexandria criminal court postponed on Monday the retrial of two former police officers charged with torturing and killing Khaled Said until 4 December.

The judges heard the witness testimonies of the forensic doctor, Mohammad Abdul Aziz, who issued the report after the death of the victim. The judge, Awad Khalifa, decided to schedule the Wednesday session to hear the deliberations from the defendant’s lawyers.

The defendants are Mahmoud Salah Mahmoud and Awad Ismail Soliman, who were previously part of the Sidi Gaber police force. The event dates back to 6 June 2010, when Mahmoud and Soliman tortured Said after arresting him without cause in the Sidi Gaber area in Alexandria. Said was killed and accused of committing suicide after swallowing a rolled drug packet. An independent forensic report, however, showed that the packet was forced into his throat after his death.

The defendants were found guilty in October 2011 of unlawful arrest and excessive brutality, and were sentenced to serve seven years in jail. The parties to the case appealed the sentence and on 20 December 2012, the Court of Cassation ordered their retrial by a different criminal tribunal.

Outside the court, clashes resulted in the temporary postponing of the session. The clashes were a result of a protest organised by several activists against the Ministry of Interior.

Hassan Mahrous, an Alexandria activist and witness to the clashes, said the protest was organised by Said’s mother, who refused to seek permission from the Ministry of Interior in accordance with the recently drafted Protest Law.

“The protest is against the police” Mahrous said. “How do you expect us to ask for permission from the institution we are protesting against?”

Another activist, Mohamed Hafez, said that demonstrators were protesting at the Corniche when a police officer announced the protest would be dispersed in 10 minutes.

“Approximately two minutes later the water cannon was turned on, tear gas was shot and birdshots were fired” he said.

During the dispersal an unknown number of protesters were arrested and some were injured.

State-run news agency MENA reported that the “protesters were obstructing traffic and clashing with residents of the area which prompted security forces to intervene and restore order.”

According to a statement released by the Alexandria police directorate, “Two people who are accused of damaging two police vehicles and injuring the driver were arrested.”