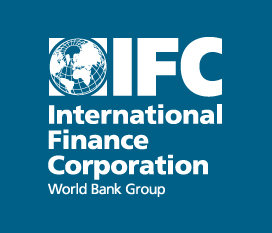 IFC, a member of the World Bank Group, committed $3bn during the last year to support economic development in the Middle East and North Africa (MENA), according to a statement it issued on Wednesday.

IFC combined those investments with a broad range of advisory services to support the region’s private sector at a time when many countries are struggling with unemployment and slow economic growth. IFC’s work helped boost investor confidence, support smaller businesses, and combat climate change, among a host of other important initiatives. The $3bn committed during the 2013 fiscal year, which ended 30 June, includes $914m mobilised from other investors.

“Governments across the region are facing fiscal constraints and they can no longer carry the burden of economic growth alone,” said Mouayed Makhlouf, IFC Director for the Middle East and North Africa. “IFC has been working hard to unlock the power of the private sector, which has the potential to create jobs, spur development and provide the economic opportunities people are clamouring for.”

As part of those efforts, IFC invested $647m to support infrastructure projects across the region. Investments included $65m in financing to help expand cell phone and internet services in Afghanistan, and a $70m investment in Iraq’s crucial cement industry. IFC also provided a $500m debt facility for natural gas producer Petroceltic, which will help the company expand operations in Egypt and Algeria.

IFC is spearheading efforts to support small and medium enterprises (SMEs). The organisation invested $150m in the MENA SME Facility to boost lending to smaller businesses and lined up $230m in funding from other donors and international finance institutions.

During the last fiscal year, IFC has ramped up its efforts to combat climate change. The organisation signed an agreement with Masdar, a United Arab Emirates-based company, to provide funding for clean energy projects. In Pakistan, IFC is advising one of the country’s leading utility companies on the construction of a pioneering biogas plant that will turn animal waste into energy.

The biogas project was part of IFC’s advisory services program, which works with companies to promote good corporate governance, helps governments streamline business regulations, and provides training to small-scale entrepreneurs, among other things. During the last year, IFC launched 34 of these advisory projects worth a total of $37m.

In Tunisia, Egypt, Jordan and Morocco, IFC rolled out the E4E Initiative for Arab Youth, a program designed to help equip youth with the skills and education in demand among employers.