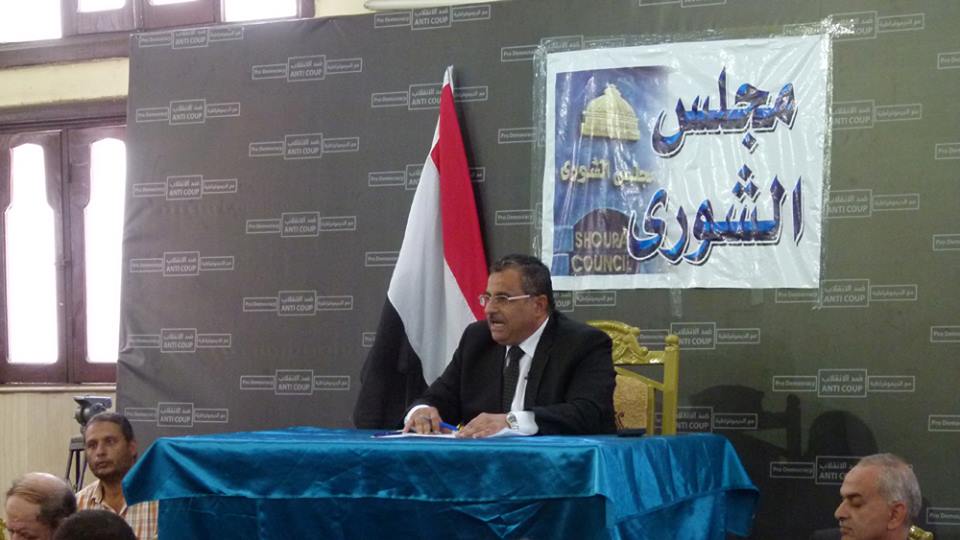 Former members of the dissolved Shura Council met on Monday at the site of the pro-Mohamed Morsi sit-in at Rabaa Al-Adaweya Square in Nasr City.

The council was dissolved by the armed forces on 3 July when they intervened to remove Morsi as president and suspend the constitution.

The members of the council ratified a list of 13 recommendations and decisions following their meeting. They announced their rejection of “the bloody military coup” and stressed that Morsi be reinstated as president. The council also rejected the suspension of the constitution and its own dissolution.

Another decision ratified by the council called to bring “cases before the International Criminal Court and the African Court against the putschists for their crimes against humanity.”

They also condemned “the dubious role of the Unites States and Israel in the military coup” and called for the expulsion of the US and Israeli ambassadors from Egypt.

The council stated “we do not recognise the government appointed by the coup commanders.” They also commended “the ministers who sided with democratic legitimacy” saying that they truly represent the Egyptian government.

The members also agreed to remain in permanent session until Morsi is reinstated as president.

Earlier in July the council called for the world’s parliamentarians to support their cause.