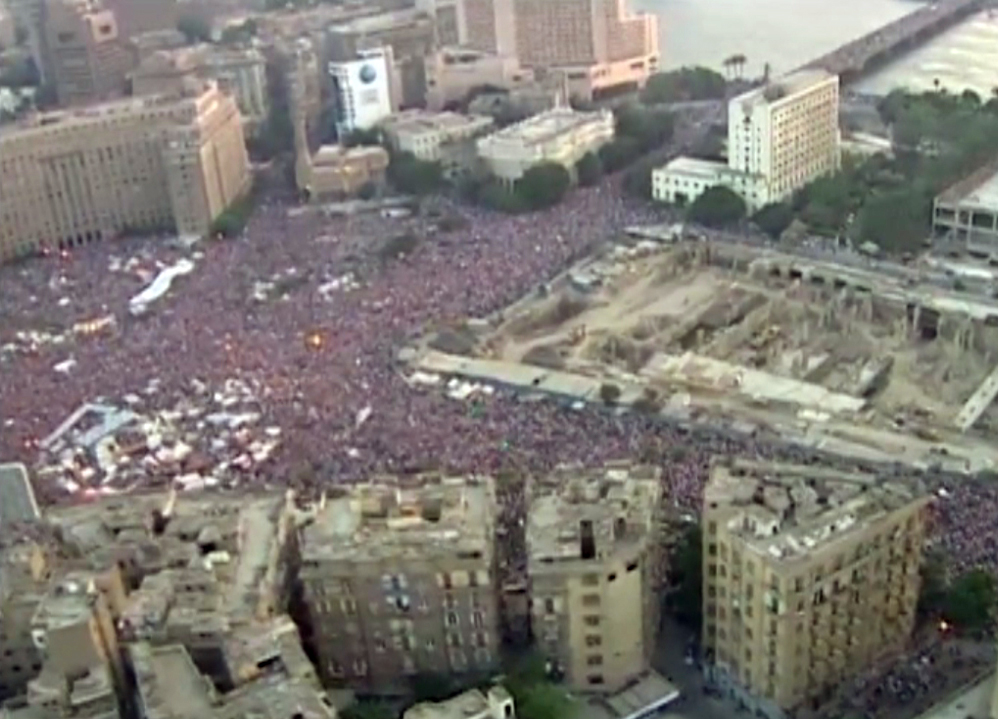 By Hend El-Behairy and Doaa Farid

Following 30 June, several research centres and rating agencies’ raised concerns towards Egypt’s economy due to fears that the future would bring further unrest and political instability.

Many domestic businessmen, however, disagree; a number have already expressed optimism since the ousting of former president Mohamed Morsi on 3 July, citing a mostly-gaining stock exchange benchmark index, a slight increase in the value of the local currency, and an influx of foreign aid.

Mohamed Saad, chairman of Gas Investors Association and the CEO of Saad El-Din Group, said that the business climate will be better in the coming period. “There’s no fuel crisis now, the Egyptian pound is stable against US dollar, and the price of gold is rising. These are all indices for the economic development we’re going to witness,” he added.

The Egyptian pound edged up early this week in transactions against the US dollar, with the price inching up to EGP 7.002 to the dollar compared with 7.0189 pounds at last Wednesday’s auctions.

Saad also said that businessmen were afraid during Morsi’s rule due to his unclear plans, “but now, the Supreme Council of the Armed Forces, police forces, the judiciary system and media, are all working together towards a better Egypt and this means a good climate for the future economy.”

Efforts to reconcile with Mubarak-era businessmen facing corruption charges have picked up since the 2011 revolution, which has raised conflicting reactions from the public. Those advocating these measures claim that these businessmen were the victims of the Mubarak and Morsi regimes and that reconciliation would be in Egypt’s best interest.

Saad claimed that it did not matter whether the businessmen are pro-Mubarak or pro-Morsi; what matters is whether they will invest.

He mentioned that the newly announced financial aid packages from Gulf countries would create a “safe ground” to promote further investment in Egypt which didn’t exist in Morsi’s era.

Hamdy Zaher, chairman of Z Overseas Group, however, said businessmen should wait before assuming that the interim government would bring positive changes.

“The situation isn’t clear yet and the next government’s decisions should be our proof of how the business climate will be,” Zaher said.

Zaher also said that the continuation of polarisation among Egyptians will negatively impact business ambiance. “It doesn’t make sense to donate for example to the Egypt Support Fund and celebrate, while the military tanks are still in the street because this means instability,” Zaher said.

Sherif El-Kheriby, an economic analyst and the CEO of Comesa Company for trade and marketing, said: “what is happening now is a case of cautious optimism.”

El-Kheriby, who also holds a doctorate in economic management, explained how during former Morsi’s regime the government performance was very weak, which resulted in businessmen escaping the market.

El-Kheriby attributed market optimism to the recent announcements of Arab financial aid, which is expected to raise Egypt’s foreign reserves that slid in June to $14.9 bn, according to the Central Bank of Egypt’s latest reports.

The financial aid packages include $5bn from Saudi Arabia, $3bn from the United Arab Emirates and $4bn from Kuwait, in addition to a Bahraini aid package which is expected to be put forward soon.

“The Egyptian economy is not passing through its best situations now, however its future can be determined after the new cabinet is formed,” said Mohamed Abu Basha an economist at investment bank EFG-Hermes.

Abu Basha added that millions of people, including businessmen accused of corruption, took to street on 30 June to oust the brotherhood’s regime, so their appearance after the revolution was normal.

“The presence or absence of these businessmen in the economic arena was a notion only debated by media, not anything more,” he said, referring to domestic media’s fluctuating focus on specific businessmen over the past years.

On 13 July Fitch Ratings downgraded Egypt’s issuer default ratings and country ceiling from ‘B’ to ‘B-.’ Nonetheless, Egyptian economic experts believe that this rating fails to take into account positive economy developments, particularly the country’s recent securing of $12bn in financial aid from Gulf countries.