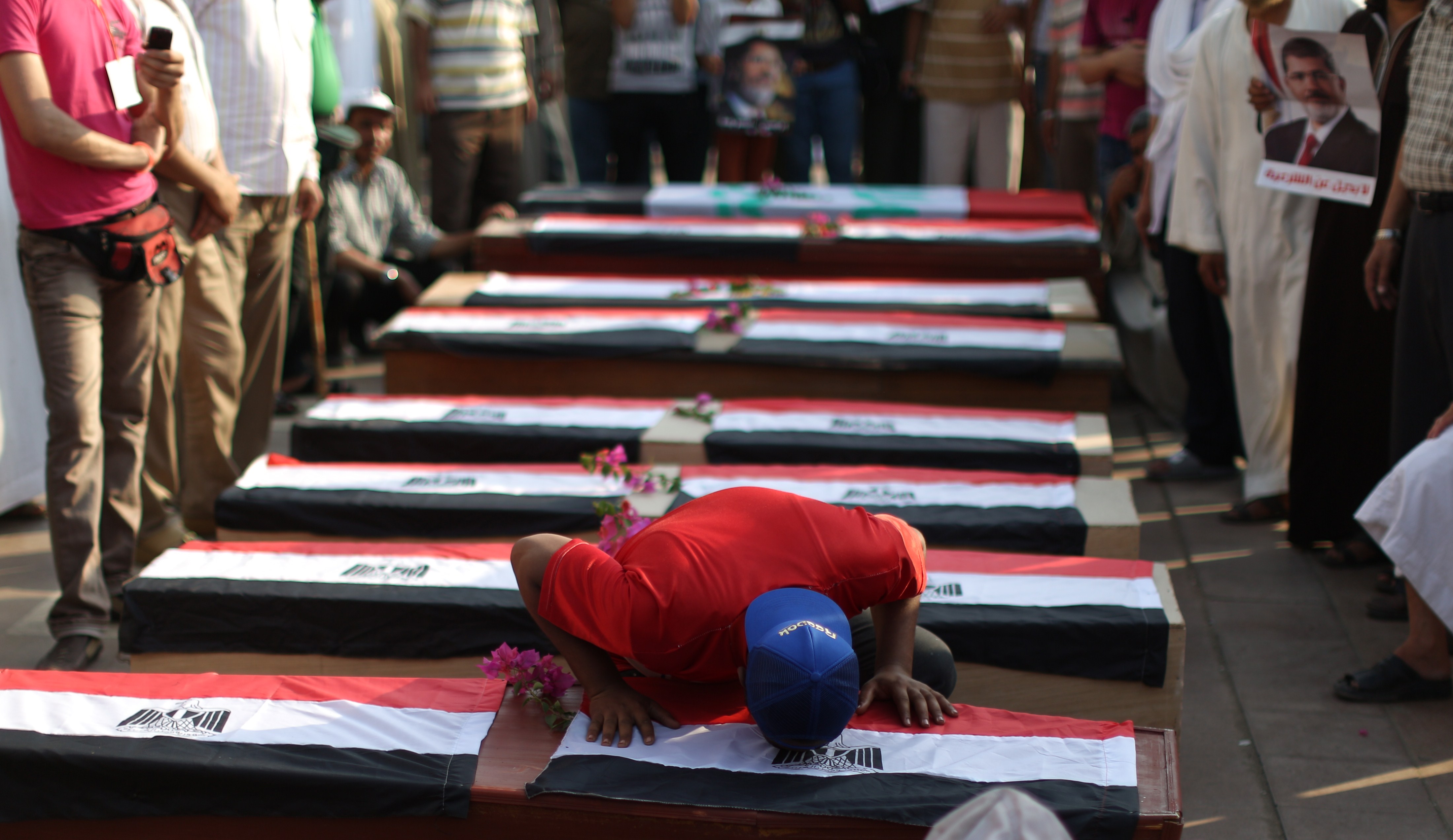 The Front to Protect Egyptian Protesters released a list with the names of the 647 detainees related to the Republican Guard headquarters clashes and the places of their detention.

Nadeem Amin El-Din, a coordinator at the front, said that most of the lawyers who were present at the investigations were Muslim Brotherhood or Al-Jamaa Al-Islamiya lawyers, adding that they refused the attendance of rights lawyers from the front and other rights organisations.

Amin El-Din said that rights lawyers from the front are still trying to find out what the detainees are accused of, since they did not attend the investigations.

He added that the detention was renewed for all 647 involved for an additional 15 days on Tuesday.

On another note, the Online Journalists Syndicate released a statement on Tuesday mourning the loss of Ahmed Assem, a photojournalist at the Freedom and Justice Newspaper, in the clashes at the Republican Guard headquarters.

The statement said that most of those involved in the death of journalists are unknown, which “puts into question the ‘will’ and ‘ability’ of the state in protecting journalists while doing their jobs.”

The syndicate also fully blamed the state for not investigating evidence in previous cases where journalists were killed, adding that four journalists, including Assem, have been killed since the start of the January 25th Revolution.

The syndicate demanded in the statement that authorities take the appropriate measures in protecting journalists while doing their jobs, especially while covering clashes.