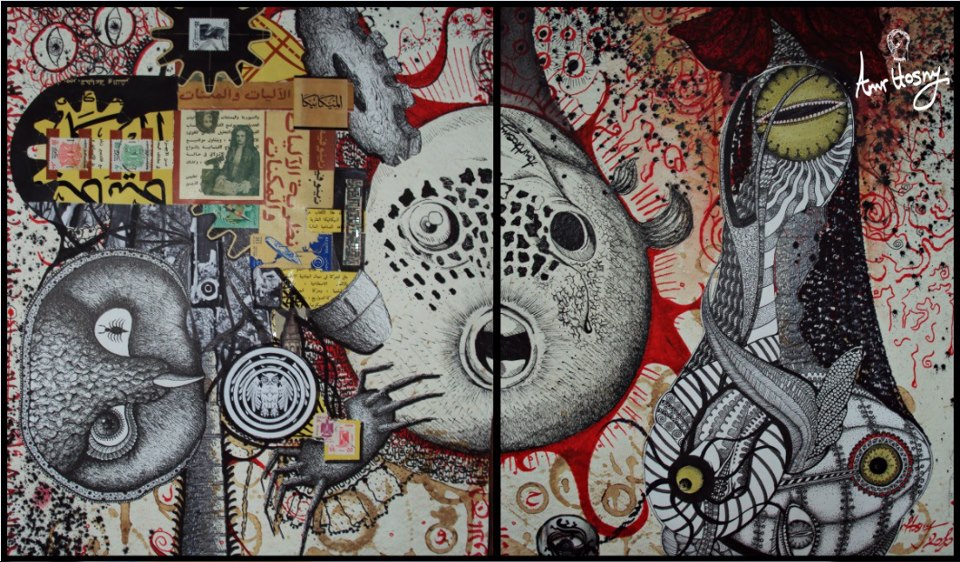 The term laser beam immediately calls to mind images of Star Wars; the iconic Jedi’s lightsaber defined the concept of a laser weapon.  The power of a Jedi, coupled with the satisfying swish sound of the lightsaber makes for a winning combination. Sadly, however, both the Jedi and lightsabers are confined to the world of fantasy, and we mere mortals have to make do with the lightsaber’s boring distant cousin: the laser pointer.

In Egypt, the laser pointer is usually associated with children and teenagers, who obnoxiously use them to annoy people; they pester people and cars in the street, or, more darkly, use them as a way to sexually harass women.

Over the past two years, however, the applications of the laser pointer have differed. With the rise of protests and violence against peaceful protesters, children have found that their green lasers can be of use. The focused beams of light have been pointed at sources of gun shots, revealing the shooter, and they have disoriented officers toting tear gas launchers. Those wielding lasers have also used them to direct the attention of the crowd, whether to a possible attack, a hostile individual, a celebrity, or even a military chopper.

Unless you have been in a coma for the last week, you are undoubtedly aware that on 30 June millions of people took to the streets, congregating in every square across the nation. This, in and of itself, is not particularly new; Egyptians have been doing this for over two years. The new twist to the scenario was the military helicopters that circled above the crowds; they were not performing reconnaissance, but were instead dropping thousands of Egyptian flags that fluttered down to the people cheering below.

Enter the green laser. Protesters, taking note of the unprecedented phenomenon, started to point their green lasers toward the military choppers. The cumulative effect of all those beams created a huge green aura, which imbued the airborne helicopters with an alien quality.

This time the green lights was pointed with love and affection; people cheered and danced as the alien choppers kept on throwing flags on their heads. The force of the green laser, may it always be with you.