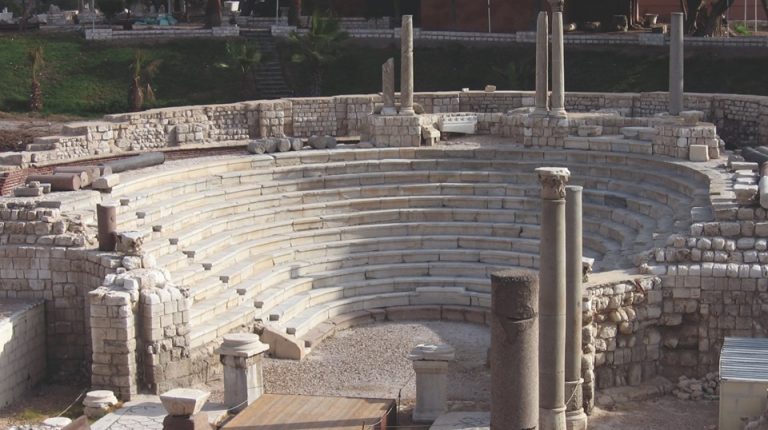 The charming city of Alexandria keeps proving that it is far from finished with its buried treasures that are just waiting to see the light.

Large remains of a Romanian Empire city were discovered on Thursday at Kom El-Deka’s archaeological site through an Egyptian-Polish mission that follows the Polish Centre of Mediterranean Archaeology at the University of Warsaw.

The city dates back to the period from the 4th to 7th centuries AD. The unearthed remains included a number of residential houses with a number of floors covered with colourful Romanian-style mosaic. 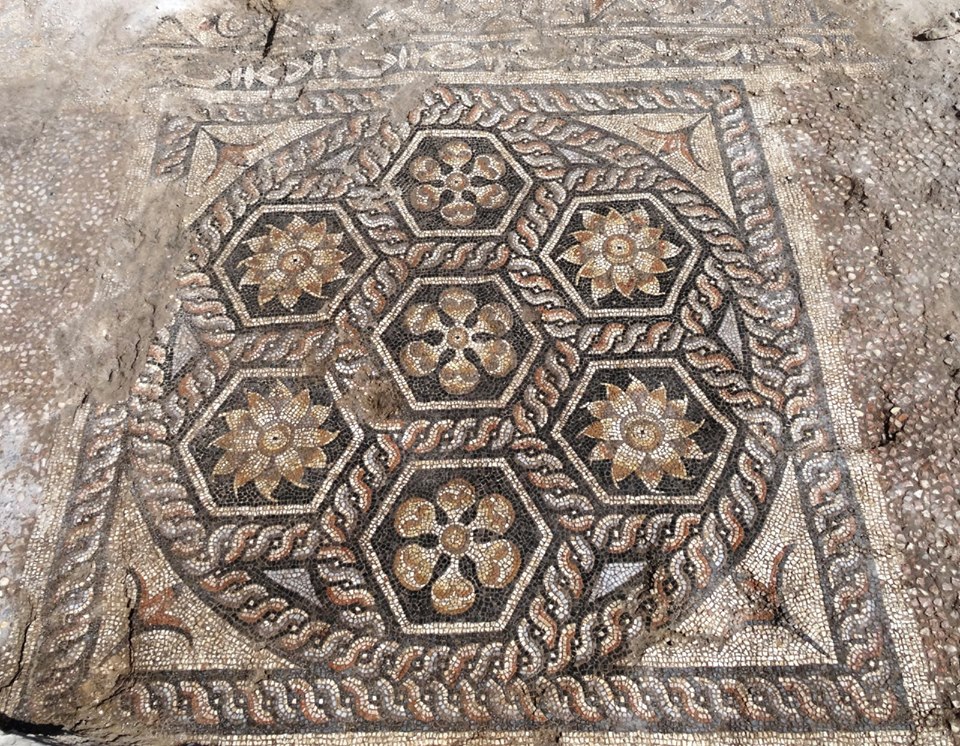 The mosaic reflects the shapes, designs, and colours that were mainly introduced to people at that era. Kom El-Deka is known to have been one of the most well-off residential area in Graeco-Roman times, with large numbers of villas and spacious gardens. The areas still holds a historical theatre that dates back to the Roman era.

Mostafa Waziri, secretary general of the Supreme Council of Antiquities, said in a press release that the colours and design of the discovered mosaic indicate that the houses belong to some wealthy citizens of that era.

He also said that the unearthed mosaic floors assure the widespread use of such a decorative method during the Romanian Empire. He shared that the giant discovered mosaic portrait is to be displayed at The Villa of the Birds, Egypt’s first and only mosaic floors museum, located also in the same archaeological site.

The found city also includes remains of a small theatre, a giant royal bathroom, and a group of 22 lecture halls that are believed to be the remains of an ancient university in the area.

Kom El-Deka is known to be the residential area of the elites of decades. The currently falling apart and neglected, timeworn area was the host of the world’s most prestigious community for a number of continuous eras.

For his side, the head of the excavation mission, Grzegorz Majcherek, said that the discovered mosaic floor is one of the main, unique highlights the Romanian Empire in Egypt is known for. He further added that it was known to take place particularly at the dining rooms of the Roman houses in Alexandria.

It is made of multi-coloured mosaic that is composed of six hexagonal panels featuring lotus flowers and framed by a circular guilloche pattern. Lotus buds can also be seen in spandrels, the main mosaic floor is considered one of the most luxurious decorations of that era.

He also asserted that the composition, featuring a circle inscribed into a square, exceptionally popular in Roman Egypt, is considered one of the distinctive features of the Alexandrian housing style.

Since the mission’s excavation work started in 1960, archaeologists have been focusing on the Roman era’s still-unknown residential architecture that belongs to the first until the third centuries AD.

So far, the discovered buildings of that period in time are known to be lavishly designed with closely similar patterns to the ones that have been lately discovered.

Sharm El-Sheikh, Hurghada to witness growth of 39%, 29% respectively in RevPAR in 2019: Colliers

Boeing 737 MAX will be one of safest airplanes ever to fly: MENAT President