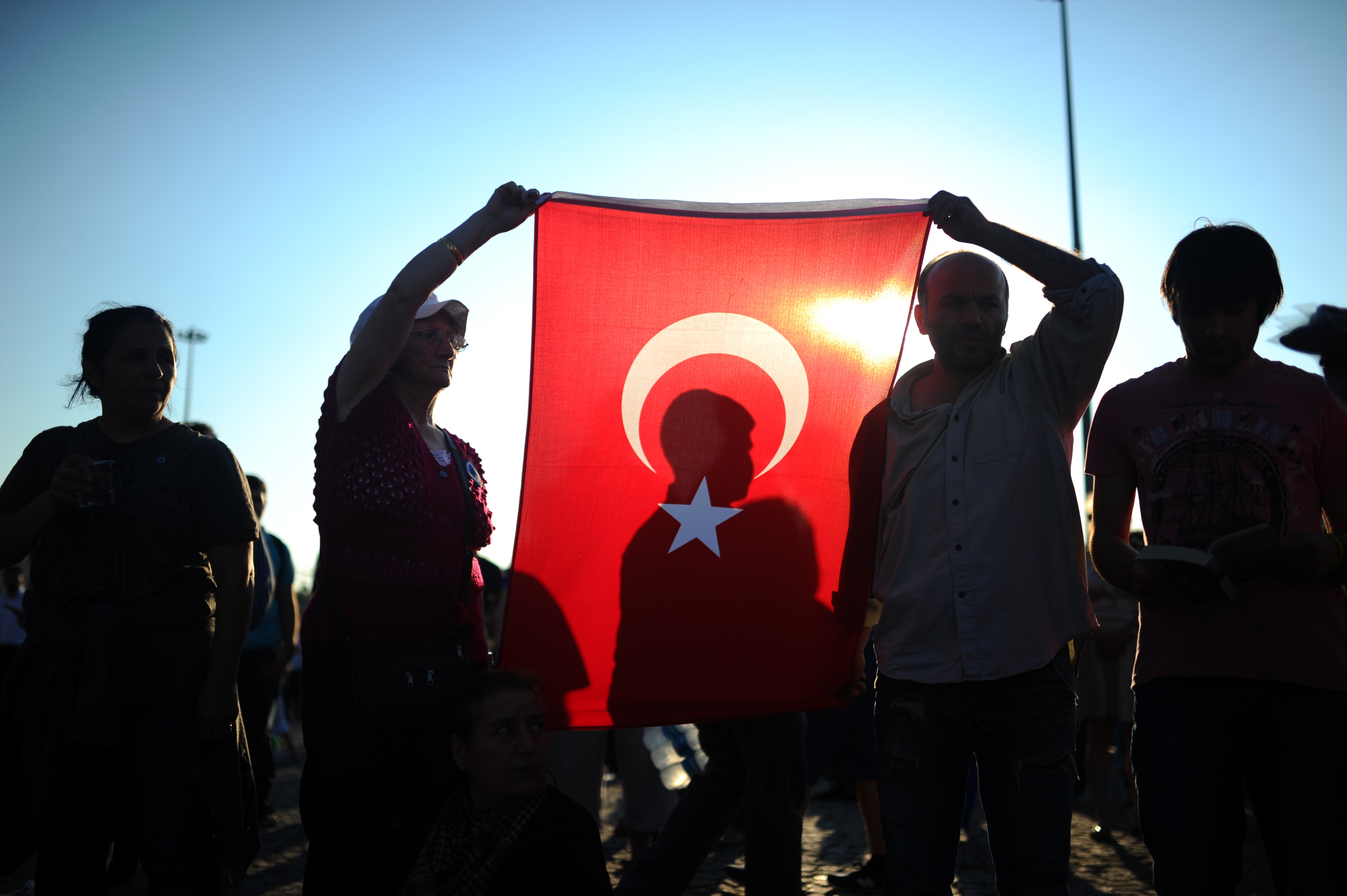 AFP – Riot police on Wednesday clashed briefly with groups of anti-government protesters in two Turkish cities, but there was no fresh unrest in Istanbul where demonstrators switched to silent protests after a heavy crackdown.

A day after Prime Minister Recep Tayyip Erdogan claimed victory over the mass demos that have defied his authority for nearly three weeks, several dozen protesters held a quiet vigil on Istanbul’s Taksim Square, standing still and silent in the midday heat.

But the police presence on the square was much smaller than in previous days and the area was mostly overrun with tourists and commuters resuming their normal routines.

The so-called “standing man” protest, which began with a lone choreographer in Istanbul on Monday, also spread to the capital Ankara, the southern city of Adana and the western city of Izmir, with hundreds standing motionless in public spaces in a peaceful act of quiet defiance.

The only reports of fresh clashes overnight were in Ankara and the central city of Eskisehir, where police fired teargas and water cannon to disperse hundreds of protesters, according to local media.

The protests against Erdogan and his Islamist-rooted government have lost some of their intensity since police on Saturday stormed Istanbul’s Gezi Park, the epicentre of the nationwide demos, evicting thousands of protesters and sparking a weekend of violence.

The park, located next to Taksim Square, remained sealed off by police on Wednesday.

Erdogan on Tuesday told members of his ruling Justice and Development party (AKP) that he had overcome the crisis, seen as the biggest challenge yet to his decade-long rule.

“Our democracy has been tested again and came out victoriously,” he said.

The crisis began when a small campaign to save Gezi Park’s 600 trees from being razed in a redevelopment project was met with a brutal response on 31 May.

The violence sparked widespread anger and snowballed into mass demos against Erdogan, seen as increasingly authoritarian, before culminating in another crackdown on Gezi Park.

Four people have been killed and more than 7,500 injured in the turmoil, according to the Turkish Medical Association.

Hundreds have also been arrested across the country in connection with the demos.