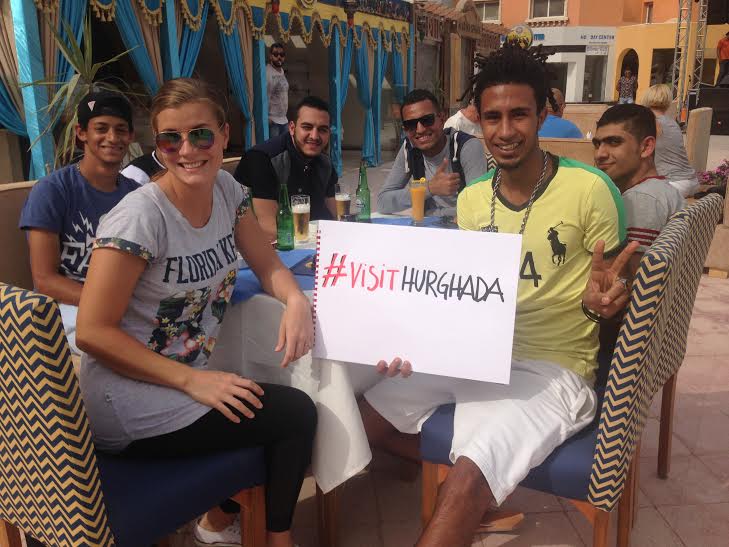 For most passionate young amateur writers, writing a book with their names on its cover is a far dream that needs a lot of struggle, determination, and a strong belief that they will reach their dream one day. Some of them turn to social media as a window to gain a large base of virtual fans, while others look for training courses to develop their talent even if it means having only a small group of classmates reading their written ideas.

Those who aim to turn their dream into reality and overcome the neglect of the government’s support for their talents, turn to private publishing houses which adopt their gift and allow them to have their own books.

Small publishing houses play a key role in young writers’ lives. By giving them the chance to enhance their talent and turn it into a final creation that can be bought, those houses are usually the best option for all those who seek to start their professional career and earn money from writing. However, as sweet as it seems, it doesn’t usually go smoothly without a hidden price.

Taha Sewedy is a young writer who had a long dream of being a professional writer. Joining a writing workshop was the first step Taha took in order to improve his gift. Soon after getting involved, he was nominated by the group’s mentor for a small publishing house in order to publish his first book.

Sewedy’s writings, which were a graduation project from a workshop, were given to a publishing house in order to revise them and have a final call regarding collecting them in a book.

“When my mentor said that the publishing house accepted my writings and decided to give me the chance of publishing a book, I could not believe it,” Sewedy remembered.

For months, excitement, happiness, and hope filled Sewedy, despite the unjustified reasons of postponing the contract signing. Reaching the moment he only dreamed about was all that mattered.

“When the publishing house’s owner called for a date to sign the book contract, I was desperate; this was what I wanted the most for so long. That made me neglect warning signs that I shouldn’t have ignored,” he added.

Despite the fact that the publishing house made Sewedy’s dream come true, it did not show any interest in the process of finalising it. Out of appreciation for “the chance he was given”, Sewedy and his friends did all of the proof reading, chose the cover, and finished the last edits of the book. “For months, we kept finalising the book all by ourselves without anyone asking about anything, even the book cover,” he said.

“I couldn’t deny that they were there every time I needed to ask about anything, but they didn’t initiate any help or made me feel like they cared enough for the book. It was like I was the only one responsible for bringing this book to life away from any given help,” he explained, adding: “This also included marketing, social media ads, and everything that would help the book see the light of day.”

Sewedy did not have any other alternative but to bear the difficulties of handling the responsibility all alone, knowing that there’s no other open door for his writings, just like hundreds of other writers had to keep running in order to reach the ultimate goal.

Not only did Sewedy face all of the logistics of bringing his book to life; he also handled the distribution process. After the book signing, he rarely found his book in any of the big famous bookstores.

“This was their only mission—to successfully publish my book. Yet, I couldn’t find it even once at any library,” he said.

Every time he asked about the book’s distribution, he got the reply that the publishing house sends it to bookstores regularly, yet they don’t display it. “I ended up taking my book and going to several book fairs to distribute it,” Sewedy recalled.

Mohammed Salah, the owner of El-Dar publishing house, finds that despite all of the struggles and difficulties facing young writers, the role of similar organisations is “remarkable” in the book market.

“The easiest and the most profitable thing any publishing organisation can do, is to sign with famous novelists to distribute their book. Yet, to dig for the anonymous writers who have the talent and are waiting for the opportunity to shine, is very satisfying and makes one feel they are making a difference in someone else’s life,” he said.

Salah believes that what people might see as an act of negligence for their work is only a surface that covers many sufferings that book publishers face on their own. “The cost of printing a book has become ridiculous; this consumes most of the budget allocated for presenting a book to the masses, including marketing,” he explained.

Furthermore, justifying the higher responsibility writers take in marketing their books, Salah stated that the biggest audience a writer has is their own, which is why they hold the first and the biggest role in marketing. After that, the publishing houses and the bookstores’ roles come into play.

Recently, publishing houses mainly focused on marketing books on social media, as a cheaper alternative for publicising young authors, “We market our books as much as possible on Facebook, relying on people’s beliefs that what we offer them is a hidden talent.”

He also believes that what some see as the house’s lack of distribution work is a normal path for any book, especially if it’s a writer’s first book.

Any book has to make its round in the market in order to last as long as possible; this needs a lot of patience, marketing, and acceptance of the audience’s pickiness, Salah said. “They might be a big hit once they are available in bookstores, but they will last longer than those who make a bubble over nothing.”

However, one year after all of the struggles, Sewedy still appreciates the publishing house for printing his book.

“When I think about the whole experience, I see myself as a winner. Eventually, I have a book with my name on it, and they helped me do that. Yes, things could have been better, but in the end, the book is what remains,” he said.

From another point of view, Nema Al-Araby finds that small publishing houses do not only fill the gap between the government’s support and young writers, but also teaches them lessons on what to avoid in their following books.

Both Al-Araby and Sewedy believe that despite the difficulties young writers suffer from while dealing with small publishing houses, having a first book beats all the struggles.

“My first book publishing experience was horrible, but without it, I wouldn’t have learned the things I currently watch for while publishing my second book,” she stated.

As a young inexperienced amateur writer, Al-Araby sent her notes to a small publishing house once, asking if they can be published, not knowing what to expect. A few days later, she received a phone call asking for an interview to set the details of publishing the book.

“I got very intimidated. Without giving me any feedback, they said that they will publish the book, and in the first meeting, I found myself signing a contract for the book,” she remembered.

Despite telling her that both partners will split the book’s production costs, she found herself carrying most of the expenses. “They told me that half of the expenses will be EGP 8,000; a number that I now can clearly deem illogical,” she explained.

However, that helped me in my second experience to be more aware regarding the amount of money I was paying and asking about the prices generally before investing my money in a book that I know I wouldn’t make much profit from as a young writer, who was still curving her path in the world of giant writers, she added.

As she went through similar difficulties just like Sewedy, Al-Araby finds them insightful and enriching lessons. “All of the struggles that I had gone through in dealing with the first book gave me knowledge on how the process of publishing books works. This improved my abilities in evaluating myself, my writing, and the messages I want to deliver through my publications,” she added.

“The lost communication at my first experience helped me enrich it in my second one, and that’s how I see small publishing houses help us the most,” she concluded.