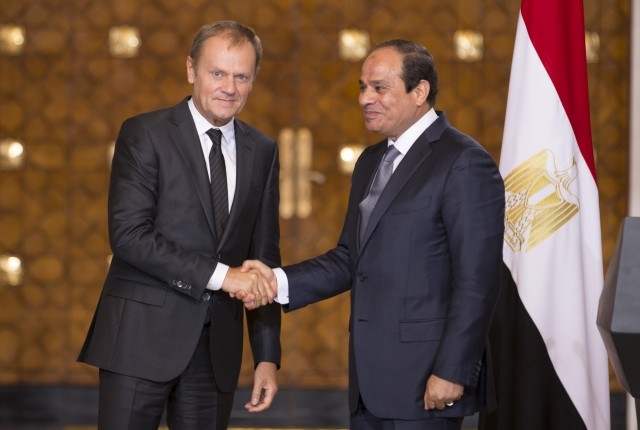 On 23 June, the United Kingdom made the historic decision of leaving the European Union. Since the UK will not officially leave the EU for another two years, it will still continue to abide by EU treaties and laws until its final exit. Thus, in this short period, the world economy is beset by uncertainty, which might be a greater anathema to investors and creditors than the known negative side effects of the Brexit.

For Egypt, the economic ramifications of the Brexit will not be known for a long time, but a short term effect analysis compiled by Naeem Brokerage states that it may be to Egypt’s benefit, particularly in terms of balance of payment and budget deficit.

Cheaper imports from the EU and UK will be the first benefit of the Brexit, as the Euro and British pound are likely to devalue and weaken, as expected by experts. 30% of Egypt’s external trade is with the EU, and in 2015 it made up $10bn of the $57.9bn of Egypt’s imports. Expect cheaper cars, pharmaceutical products, industrial chemicals, and consumer goods in the near future.

Along with cheaper imports, the UK’s departure from the EU will likely have a positive effect on Egypt’s external debt, further assisting Egypt’s balance of payments which had reached a deficit of $3.7bn during fiscal year 2015/2016. 16% of Egypt’s $53.4bn external debt is denominated in Euros, so a weaker currency will assist in reducing the value of the debt.

The Egyptian Exchange (EGX) was already affected by Brexit, dropping by 5.5% on Sunday, as global investor outlook is shifting to the negative, given that investors seek safe haven investments in times of uncertainty. However, Egypt’s import-driven economy, in which foreign inflows make up less than 10% of market value, will not be as seriously affected as the stock exchanges in Nigeria or South Africa. The high exposure the economy has to the European economy will be a benefit as the Euro depreciates in value.

The main threat to Egypt from a global economic stand point is the increased feeling of insecurity in the global markets and investor outlook shifts to the negative. Uncertainty prevails as the process in leaving the EU has never been tested before.

While it is far too early to understand the direct consequences of what Brexit will entail for Egypt’s and the global economy at large, experts are expecting some kind of global shock ranging from excess liquidity, Quantitative Easing, movement of capital out of the UK, diminished purchasing power in the EU and UK, and increased political instability, in which experts even speculate the eventual breakup of the EU itself.

All of these factors could affect Egypt’s foreign direct investment (FDI), stock exchange, Suez Canal revenues, foreign currency borrowing, and expat remittances. The uncertainty in the health of the global economy could cancel out any benefits for Egypt’s external debt, if newly issued loans carry demands for higher yields in interest rates globally.

Uncertainty also may fuel increased problems in tourism, despite Egypt being seen as a cheaper alternative. While Europe accounted for 37% of tourists and the number of tourists is likely to go unchanged after Brexit, could have a ripple effect which would hurt tourism in the long run.

Aid, grants, and FDI will likely go unchanged. FDI has nearly reached pre-2011 levels with $6.4bn in 2015. While FDI from the UK is likely to increase according to the Egyptian British Chamber Of Commerce (EBCC), FDI from the EU is also expected to increase, as Europe seeks to solve a migrant crisis by strengthening North African countries. The UK and EU made up 59% and 39% respectively of total FDI to Egypt in the first half of 2016, and barring any unexpected consequences of the Brexit, FDI may go without a large drop in the near future.

US accuses Russia of harassing diplomats

What does Brexit mean for the research community?

Britain will direct more investment to Egypt after Brexit: EBCC